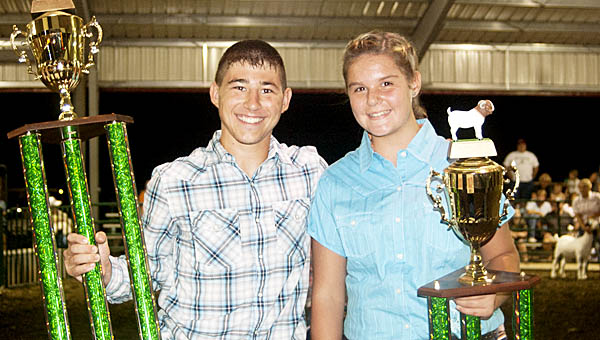 While judge David Carter, of Fincastle, Va., chose Dial’s and Pinkerman’s goats as the best in the show, he said this is not an aspersion to the other entries.

“I’ve been a judge at your fair several times and one thing that I see is (the) high quality of the animals to be judged,” Carter said. “I’ve got a good set of animals to choose from.”

Dial and Pinkerman agreed the secret to their success was dedication.

“It’s hard work from the time you pick that animal until the time you come in the show ring,” Dial said. “Walking, feeding it right, grooming it the way it should be.”

Pinkerman added, “The same thing he said. You have to practice, water them well.”