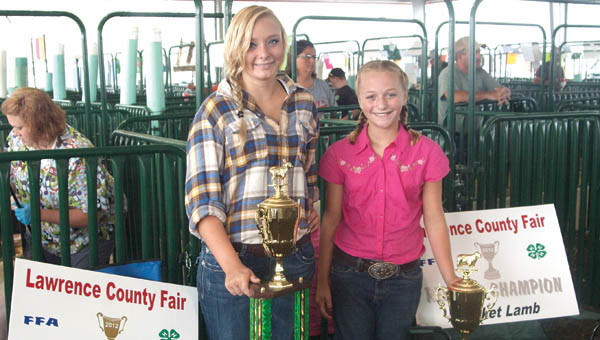 ROME TOWNSHIP — Although this year’s market lamb show winners competed against each other, they also claimed victories for the same 4-H club.

“It feels good,” Saunders said of her win.

She said raising a winning lamb requires making sure all of its needs are met.

Parents for both 4-Hers expressed pride in their child’s accomplishments.

Todd Pancake said he was proud of his daughter for taking on a new animal this year.

“I’m excited and relieved it’s over,” said Kara’s mother, Debbie Saunders. “It teaches them responsibility and to complete something from beginning to end, and sportsmanship.”