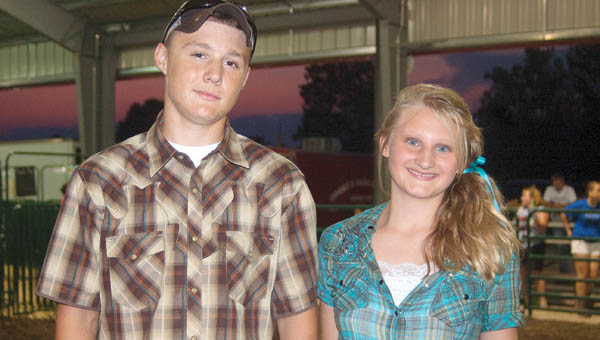 ROME TOWNSHIP — Cows can be gentle animals with big brown eyes and a tail that swats the occasional fly. They can also be stubborn, lazy and prone to lay down in a show ring while others cows file past in a circle. The test of a showman is how well that young man or woman handles an animal that can weigh 10 times what they do.

What is Barker’s secret for making a big bovine do what you want it to do?

“Work with them a lot,” Barker said. This was Barker’s first win in eight years of competing. Judge Dan Wells praised Barker’s ability to calm “a difficult animal” and in the end, bring the steer back into good behavior.

In the junior showmanship category, it was a better than average bet someone named Klaiber would walk away with the honor. Madison Klaiber and her sister, Morgan Klaiber were among those who sought the junior division award.

The city of Ironton is looking for a wastewater treatment plant superintendent after the man who has had that position... read more