Farm growing in its mission 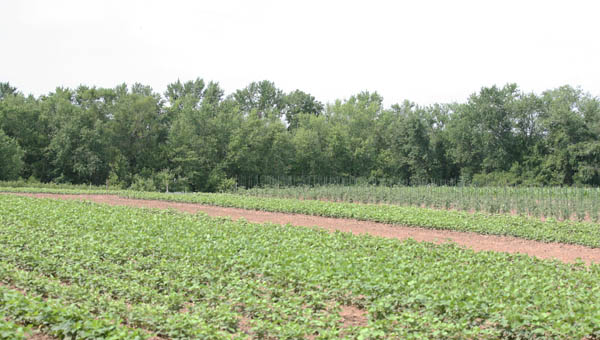 HANGING ROCK — In less than two months the newly started county farm has turned from a field of dreams to a field of green covered with thousands of square feet of blossoming produce.

And showing off its success so far to one of the farm’s national benefactors was the purpose of a visit from the senior marketing director of Keep America Beautiful. 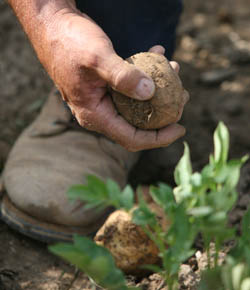 What she found was more than 60,000 square feet of crops ranging from potatoes to cabbage to cucumbers to corn and beans. There is even a small bit of acreage set aside for a pumpkin patch.

“Every root and vine we can put out,” Cantrell said. “You can take a piece of ground and look what you have got.”

The farm was started this spring on acreage owned by the Lawrence Economic Development Corp. on the banks of the Ohio River on the Lawrence-Scioto County borders.

Working at the farm allows certain inmates in a work-release program to return to their homes at night, instead of serving their time in the county jail. The farm’s goals are to reduce overcrowding at the jail and provide produce for the jail’s kitchen as well as the juvenile detention facility, senior centers, STAR and county food banks.

Once a week juveniles from the detention center spend a day working exclusively at the farm.

In May there were 22 working at the farm; three of those were serving their sentence in jail and 17 on alternative sentencing.

Typically between 14 to 18 workers are at the farm Mondays through Fridays from 8 a.m. to 1 p.m. They bring their own sack lunch and are allowed periodic breaks. Water is supplied.

Recently the farm received a $10,000 grant from Keep America Beautiful that was used for start-up costs including seed, equipment and a water tank truck.

“For me when you are in the grant-giving side, we are now getting to see what the grant does,” Burkhardt said. “What one grant can do and be leveraged. To be at the beginning of this is an amazing opportunity. It is also fun to watch it grow.”

Fairgoers produce looks of worry as they ride the Super Shot during the 2012 Lawrence County Fair. ROME TOWNSHIP —... read more