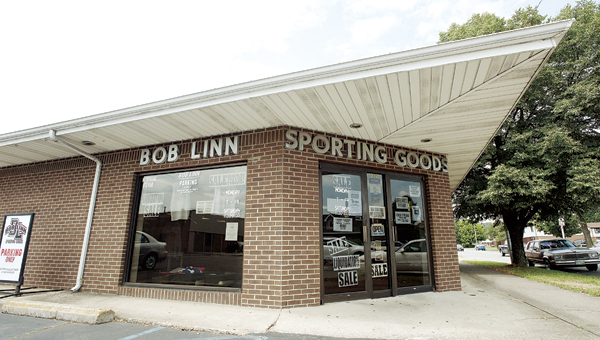 The signs on the door read “liquidation sale” and “no checks” and “all sales final.”

But the ownesr of Bob Linn Sporting Goods, at 212 N. Second St., haven’t confirmed speculation that has circulated for weeks that the beloved Ironton landmark will soon close. Several attempts were made to contact owner Jeff Linn.

The business was started by Jeff Linn’s father, Bob Linn, in 1950.

“I haven’t been told officially,” Mayor Rich Blankenship said. “I’ve just heard rumors. I would hate to see it. I’ve been going there all my life. He’s helped the youth leagues tremendously.”

Ironton City Council Member Aaron Bollinger said he had not spoken with Linn about the the store but had seen the signs in the window and heard the town talk.

“I definitely think it’s a shame,” Bollinger said. “We want to keep small businesses in Ironton.”

Bollinger said he did not want to comment further until he talked to Linn.

The rumors that have circulated about the future of the sporting goods store has generated sympathy among many area residents.

AURORA, Colo. (AP) — A gunman wearing a gas mask set off an unknown gas and fired into a crowded... read more