Not just for fun 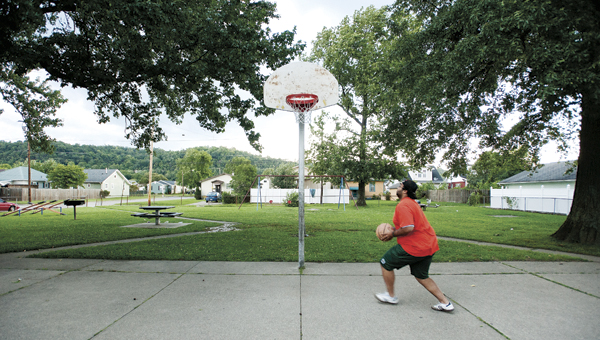 This fall, Ironton voters will go to the polls and give thumbs up or thumbs down to the proposed renewal of the city’s five-year, half-mill recreation levy.

City officials contend the levy is absolutely essential for the maintenance of city parks and the continuation of youth programs.

Ironton Recreation Director Brett Thomas emphasized the levy is a renewal levy — meaning city residents are already paying it. The existing levy expires at the end of this year and the city is asking residents to agree to continue paying the levy.

Thomas said the levy brings in $63,456 annually. It is used to maintain city parks as well as pay for necessities associated with large-scale citywide events.

“This includes Etna, Moulton Field, Eighth Street Park and the spraypark,” Thomas said. “We cut the grass, plant flowers. We mulch. We also help with the Gus Macker program.”

Upkeep of the city’s parks may not sound like a big expense. However, Thomas said the department of one full-time position and one part-time position is responsible for cutting 16 to 18 acres a week.

“And at $3 and something a gallon for gas, it can be expensive,” Thomas said.

“We spent 12 hours a day on Saturdays at the gym,” Thomas said.

This year, 70 girls have signed up for the youth cheerleading program that runs through football season.

Thomas said he knows of no organized opposition to the levy.

The U.S. economy and employment are constantly in the news these days. Here’s a non-partisan effort that our nation’s travel... read more