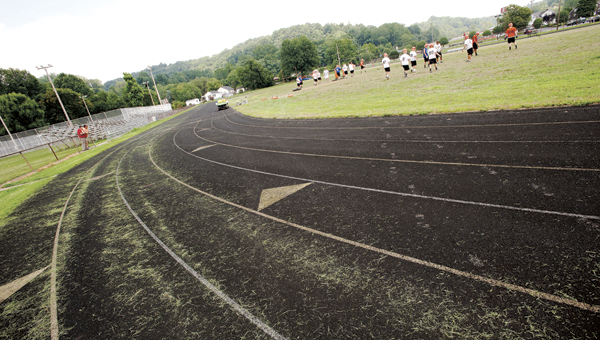 The Ironton Board of Education Tuesday officially awarded a bid for resurfacing the high school track.

All American Track Corporation of Elyria will start work the second week in September on the $138,950 project.

All American was the lowest of four bids submitted for the project.

Superintendent Dean Nance said while the work is being done, the track will be closed to the public.

Also this week, the board opted to give employees a bonus that will be paid in November. The bonus will be one percent of their annual salary.

Nance said staff members have taken no pay raise in the past three years because of dwindling state funding that has created an increasingly tight budget.

“We’ve always felt they deserved it,” Nance said of the compensation issue.

The board hired two new teachers at its Tuesday meeting. This brings to 10 the number of teachers hired for the new school year.

Nance said these teachers will replace personnel who retired or left to take jobs elsewhere. No new positions are being created.