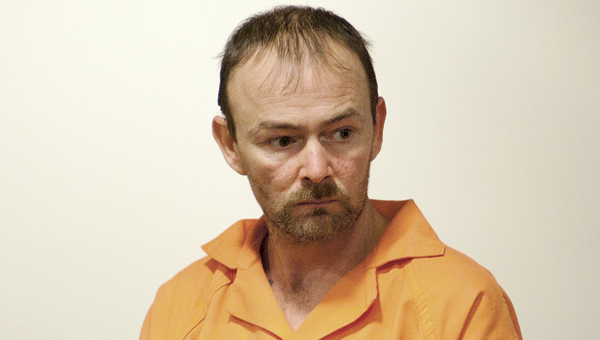 An Ironton man accused of making threats against the management of Liebert Corp. will have his case heard by the Lawrence County Grand Jury.

At a preliminary hearing Thursday, Ironton Municipal Court Judge O. Clark Collins ruled there was probable cause to send the case against David Laber, 40, of 152 Township Road 606, to a higher court.

Laber sat quietly beside his attorney, Scott Evans, as a former co-worker, Linda Lawless, recounted a conversation she had with Laber at work early in the afternoon on Aug. 1 during which time he allegedly made the threats.

Lawless told the court Laber seemed as if he was staring out in space when he asked her “if I ever thought about shooting anyone and I said ‘No’,” Lawless recounted.

Lawless testified that Laber then told her he had thought about it and the first person he would shoot would be Emmett Christie, a member of Liebert management because Christie had “called him down for being out of his area.

“I told him,” David, you can get help for that,” Lawless said.

“He said he was bipolar.”

Lawless testified Laber had asked her if she had ever thought about planting bombs in Liebert. She said Laber told her he had thought of planting three of them.

“He seemed to have a lot of anger toward management,” Lawless said.

Lawless also testified Laber had told her he had thought about killing people, grinding them up and watching and even making “slushies” out of the bodies. He also told her he had once been in prison but did not say what he had done to be sent there.

“It really bothered me, the statements he made,” Lawless said. After telling another coworker about her conversation with Laber, she decided to go to management with her concerns.

“Something about his eyes,” Lawless testified. “They would go back and forth and then focus on something in the plant.”

Lawless said she had reported the incident to management and management had contacted the police. She later went to the Ironton Police Department and made a statement.

During cross-examination, defense attorney Scott Evans asked Lawless if she had ever seen anything troubling about Laber before this incident. She replied no.

“Is there any chance you misunderstood (what Laber had said)?” Evans asked.

“I did not misunderstand anything Mr. Laber said, not in any way, shape or form,” Lawless replied.

Laber remains in the Lawrence County Jail under a $50,000 bond.

City schools offer to sell board office to county

Could be center for emergency operations   A second historic building is on the table as a possible headquarters for... read more