Friends: Rally event was best ever 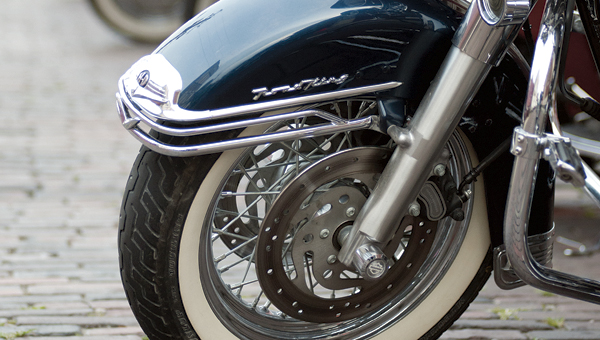 After days of long hours and welcoming tens of thousands of visitors to Ironton for Rally on the River over the weekend, it would be understandable if the Friends of Ironton members needed to recharge their batteries a bit.

Instead, they are pumped up, celebrating the most successful event in the Rally’s nine-year history, and excited about what this means for the future.

“We had a fantastic event. It was by far the best event we have had,” Rick Jansen, president of the grassroots civic group, said via email Monday.

Those sentiments were echoed by Dave Smith, vice president of the all-volunteer group that organizes a variety of fundraising events to raise money for community projects including developing the downtown “sprayground” and restoring the historic Ro-Na Theatre.

“There were no major issues with anyone who attended and there were good crowds every day,” Smith said. “It appeared that all who were there had a great time and we heard a lot of positive comments about the events.”

Although the motorcycle event and concerts that attracted large crowds to town is being called a huge success, it will likely be a few days or more before the Friends determine exactly how much money was made or how many people attended.

At least in terms of those coming to have a good time, the answer was a lot.

Howard Korn, assistant vice president of Midwest operations for International Protection Group, was on the front lines of the three-day event. His company provided security and consulting for the event for the past two years.

“It seemed bigger. There were more things going on. The patronage was larger overall,” said Korn, a retired police chief. He declined to say exactly how many people his company had on site but said he is proud of the job done by his “highly-trained professional staff.”

Korn should know what he is talking about. IPG is a New York City-based company with a Columbus office that specializes in event coordination and has provided security for the New York Marathon and Mardi Gras in New Orleans, just to name a few.

“We do a lot of big events around the country and I would say that this brings Ironton into the realm of big events, so to speak,” Korn said. “It was a very cooperative effort. … Our interaction with public safety — the local police department, the sheriff’s office, emergency medical services — was absolutely outstanding.”

Korn said vendors were happy, eventgoers were having fun, the quality of entertainment was top-notch at a good price and that the atmosphere helped draw people in.

“We feel we provided the committee and the community the level of comfort and safety they wanted,” Korn said. “And that is why they come back.”

The Friends of Ironton are most often associated with putting on the rally and the Gus Macker basketball tournament, but the group has given back to the city in a number of ways.

Past donations and projects for the group include the purchase of a flood control pump for the city’s public works department, bullet proof vests for city police officers, stops signs, donations to the Lawrence County Domestic Violence Task Force, picnic tables for Wayne National Forest and the construction of the spraypark on South Second Street.

But, by far, the Friend’s largest project has been the renovation of the historic Ro-Na Theatre. For the past four years, the FOI has worked to turn the once decaying structure into a multipurpose venue.

Plans for the Ro-Na include doubling the size of the stage area, adding an outdoor garden patio with stage enclosed by an 8-foot iron fence, a restaurant and bar with a custom 27-foot maple bar, kitchen, several banquet rooms and an auditorium fit for plays, recitals and concerts with removable seating.

“We did turn a profit that will be invested back in the Ro-Na,” Jansen said.

It would be understandable if the Friends wanted to just forget all about motorcycles and big events for a few months, but the group is already thinking about next year.

“I think the rally was a great success and, all in all, everything went off with no major problems. We had a few things that we needed to make adjustments for during the rally, but when you put on an event of this size there will always be unexpected situations that crop up and you just deal with them and move on,” Smith said. “Next year will be our 10th anniversary and we will begin to make plans to have the biggest, best and most successful rally yet.”

Family of man who died in jail sues officials

The family of a man who died at the Lawrence County Jail last fall filed a lawsuit in U.S. District... read more