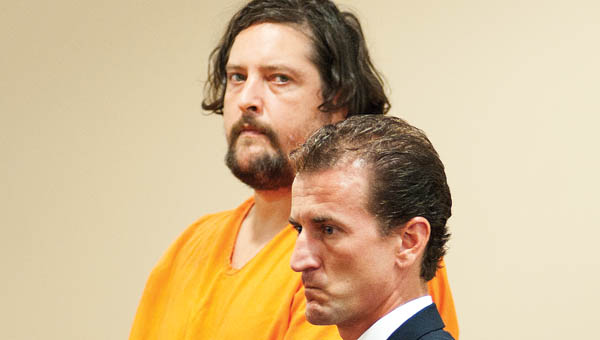 William M. Morrison, 37, of 140 Private Drive 2482 County Road 1, was arraigned on a single count of rape, a first-degree felony. The female, whose age was unavailable, is a family member, according to the Lawrence County Sheriff’s Office.

At the hearing, Morrison, accompanied by attorney Chris Delawder, waived the reading of the complaint against him.

Delawder said he didn’t think his client could make the bond as recommended and said Morrison wasn’t a flight risk. Delawder said $50,000 would be a reasonable amount.

“As soon as we learned the allegations, we went to the sheriff’s office and he turned himself in,” Delawder said.

“I think the severity of the charges speak for themselves,” Smith said.

Smith also asked for a protection order for the victim.

Morrison was arrested Tuesday after he, accompanied by Delawder, turned himself in to detectives.

According to a prepared statement from Lawrence County Sheriff Jeff Lawless, the alleged victim in the case called her father Sunday and said she had been raped by Morrison at the man’s home.

When the girl’s father went to the Morrison residence, Morrison allegedly fled in a vehicle. On Tuesday, a warrant for rape was issued for him.

Jamie L. Qualls, 30, County Road 12, was charged with two counts felonious assault, one a felony and one of... read more