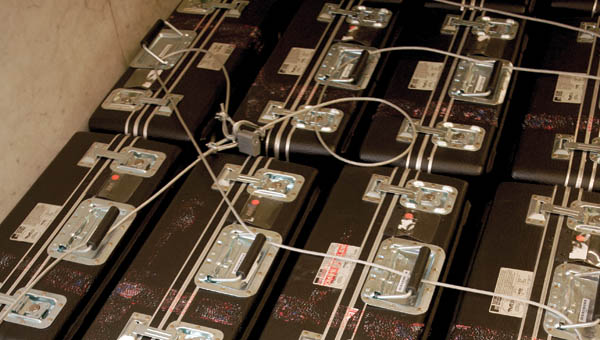 On Friday the Sixth Circuit Court of Appeals ruled in the current case of Obama for America vs. Husted that early voting will be allowed Saturday, Sunday and Monday before November’s general election.

Already needing extra money to put on this year’s presidential election, last week’s ruling by a state appellate court may cost the county even more money before the results from Nov. 6 are in.

On Friday the Sixth Circuit Court of Appeals ruled in the current case of Obama for America vs. Husted that early voting will be allowed Saturday, Sunday and Monday before November’s general election.

However on Tuesday Secretary of State Jon Husted asked the U.S. Supreme Court to rule on whether boards of elections are required to extend voting hours.

If the appellate court ruling stands, the local election board may put in additional hours needing another request for county funds.

“Unless it gets changed we will be open those days,” Craig Allen, chair of the board of elections, said. “You can’t tell yet if we will need more money. If we do, we will have to go to the commissioners.”

On July 17, Obama for America filed the lawsuit against Husted saying that not having the polls open for those three extra days is a violation of the 14th Amendment. Normally early voting ends on the Friday.

This summer in two mass mailings, Husted sent out to every registered voter in the state an application that would allow those voters to cast their ballots by absentee. Absentee voting began on Oct. 9 at the courthouse with hours running from 8 a.m. until early evening.

That mass mailing of absentee ballots from Columbus has increased by at least three times the number of Lawrence Countians wanting to take advantage of the early voting.

Processing those applications has ramped up the number of hours workers at the election board office have been putting in, along with the extended hours for early voting.

Those factors sent Cathy Overbeck, election board director, to the Lawrence County Commission this fall wanting $100,000 more than that office’s original appropriation of $515,780.

Out of that original appropriation, $165,000 was earmarked for salaries of the four full-time employees in the office; $25,330 for the four members who serve on the board of elections; $90,000 for additional part-time workers; $75,000 for contract services for computers in the office; and $40,000 for supplies.

Salaries for board members were then reduced by $4,600 and supply appropriation by $11,000 and transferred to other line items in the budget. Contract services was increased to $110,000.

At least for Ohio, the upcoming election has been marked with a number of “firsts,” from the increased number of absentee voters to the extension of voting hours.

“In a presidential year anything can happen,” Allen said. “That is why I am not surprised. A lot of people I talk to don’t like the fact that everybody can vote absentee. It increases fraud.”

But those decisions, Allen said, are not made by the local boards of election.

“It is the secretary of state and the legislators,” he said.