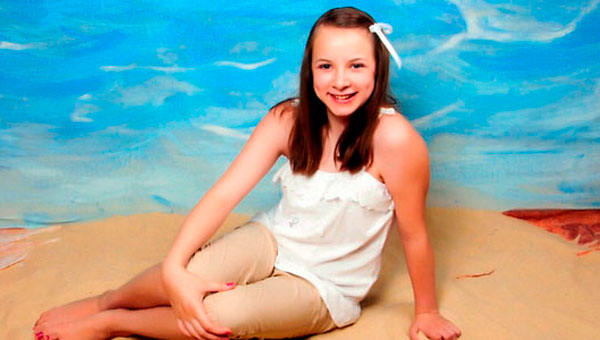 Amber Farmer, 14, was last seen around 5 p.m. Wednesday near her home at Lawrence Street Apartments.

Amber Farmer, 14, had been reported missing from her home at 4 p.m. Wednesday by her parents. She has been walking behind her home at the Lawrence Street Apartments with a Shih Tzu dog.

At approximately 10:15 a.m. Thursday Lawrence County Sheriff Jeff Lawless reported that the girl had been found near a rock cliff near the wooded area by her home.

The latest search began at 7:30 this morning from a command center at the Ironton Hills Shopping Center. Rescuers were bringing the teen to one of the two command centers used in the search where paramedics were to check her out to determine if she should be taken to an area medical center, Lawless said.

Authorities had been concerned about the girl’s safety due to exposure from freezing temperatures.

After the initial report Ironton Police officers had interviewed neighbors who saw the girl walking into a nearby wooded area, according to Acting Ironton Police Chief Chris Bowman.

She was carrying a backpack. Huntington Police Department officers brought in a bloodhound to track her, finding scent in that area but then lost scent of here. Ohio State Highway Patrol also used their helicopter Wednesday evening to search the area, but were at that time unable to locate the teen.

Christmas decorations come to park despite visit from Grinch