Habilitation center at Sybene expected to open in a month 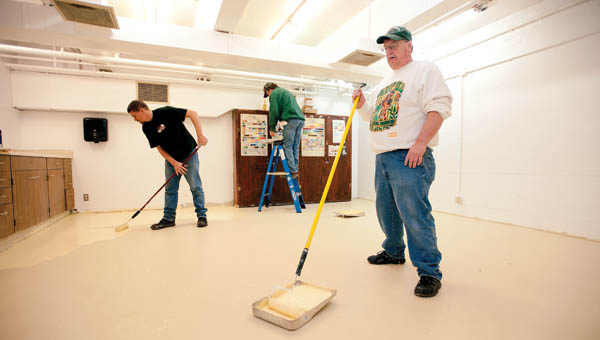 BURLINGTON — An open house is planned for the end of January to show off the renovations at the former Sybene Senior Citizens Center that has been turned into a habilitation center for the Board of Developmental Disabilities.

The center will provide the opportunity for clients to develop skills that many take for granted such as cooking and arts and crafts. Use of the center was turned over to the Board of DD by the Ironton-Lawrence County Community Action Organization after the CAO closed Sybene as a longtime senior center this past July.

CAO director D.R. Gossett cited government cutbacks as the cause for closing the center to seniors, the site of daily congregate lunchtime meals, and consolidating activities at the Ironton Senior Center.

“The only activity out of there that was a funded activity was the congregate meals,” Gossett said. “We were really bearing a lot of the cost. That was driving me to go in different directions, especially with funding cuts. We continue to use the kitchen there and we would hope that would be available to seniors in the future.”

CAO is renting the center for $1 to the Board of DD, which will pick up all the utilities. That was an expense to the CAO that outweighed the funding it received for the congregate meals. However, Sybene could once more be the site of some senior activities, after the habilitation center gets up and running, Gossett said.

Tim Nunnery, public relations and personnel director for the Board of DD, expects about a dozen DD employees will work at the center that will provide more habilitation activities than traditional classes.

“There will be a lot of arts and crafts and certain things to help our consumers be occupied and learn daily living activities like cooking and cleaning around the house,” Nunnery said. “Little things you do on a daily basis.”

A specific date for the open house has not been set, but the center is expected to be open to clients on Feb. 4.

DAYTON (AP) — The number of prisoners on Ohio’s death row is decreasing as new death sentences are outnumbered by... read more