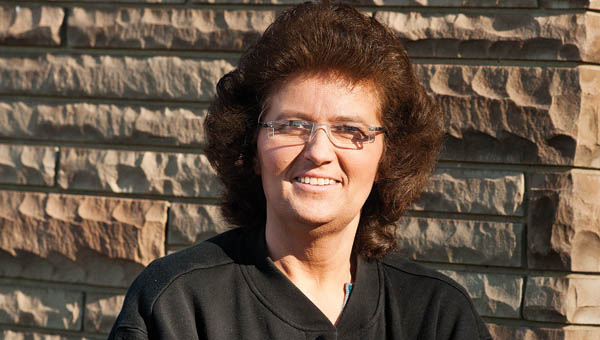 Pedro resident Sandy Sergent is in a race with time as she waits for a kidney transplant.

It’s a phone call Sandy Sergent is hoping to get within the next 10 days and one that’s been three years in the making — “We found a match.”

Sergent has been waiting patiently for a kidney since she was put on the waiting list, a result of health issues she didn’t even know she had until a trip to the emergency room in 2008 told a different story.

“I went to the emergency room because I had a drooped mouth that morning when I woke up,” the 52-year-old Pedro resident said. “I thought maybe I had a stoke or something. They took me off my blood pressure pill I had been on and they said my kidneys were in real bad shape. I didn’t even know I had anything wrong with my kidneys.”

When her husband Gary didn’t match for a transplant, Sergent said she was told it could take anywhere from three to five years to find a match through the waiting list.

But without one soon, she may be forced to take her name off that list.

A housekeeping supervisor at King’s Daughters and Sons Home in Ashland, Ky., Sergent is about to lose her health insurance coverage effective Feb. 1, as are other employees at the facility.

“It’s a small group and we did not meet the requirements because there are not enough participants,” Sergent explained, saying the nursing home with 20 employees is not affiliated with King’s Daughters Medical Center.

Without coverage, her status on the kidney waiting list will be “inactive,” meaning she will have to find new insurance to be considered for a transplant, or a donor.

Now with a pre-existing condition, many health insurance companies have declined to take Sergent on as a customer, while others charge more for the premiums than Sergent makes working full-time.

Despite the odds, Sergent is keeping a positive outlook. She also continues to work, as she has for the past 30 years, to keep her mind occupied, not ready to give up her freedom to take dialysis treatments.

“If I’m working, I don’t sit around thinking about that stuff,” she said. “When I do go on dialysis, it’s three days a week, four hours a day. And I’m not really wanting to do that. I would rather keep working.”

But if she can’t get a kidney soon, dialysis will become a reality.

“You can’t live without a kidney,” Sergent said. “You can go on dialysis and you might live on dialysis for a few years, but to me, that is no life. You have to go in there and be hooked up to a machine and I’m really trying my best not to do that.”

Persuaded by her friend and co-worker, Bonnie McDavid, to tell her story to the public, Sergent said she would have never asked to be in the spotlight.

Instead, she is taking each day as it comes and keeping a positive attitude.

HUNTINGTON, W.Va. — It may be business as usual every other Friday at Hayflich, but business looks a little different.... read more