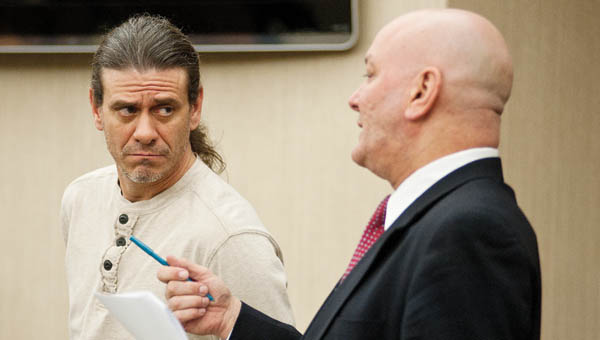 Probation and $10,000 in fines was the punishment for a man convicted of selling synthetic drugs.

Robert Holley, 45, of 316 Clary Hollow Road, Ashland, Ky., was sentenced to three years community control sanctions for two charges of third-degree aggravated trafficking in drugs and one count of fifth-degree trafficking in a controlled substance analogue of spice.

Holley previously pleaded guilty to the charges on Dec. 31.

“He is a taxpayer. And he believed what he was doing was legal,” said Holley’s attorney, Umberto DeBeneditto, referencing lab reports that accompanied the substances which said they were legal.

Judge D. Scott Bowling also ordered Holley to pay $10,000 in mandatory fines as well as suspended his driver’s license for six months. If Holley fails to comply with his probation order, he could be sent to prison for up to seven years.

This was the first case of its kind in Lawrence County where someone was convicted of selling synthetic drugs.

The charges against Holley stemmed from an investigation of the Lawrence County Sheriff’s Office and the Lawrence County Drug and Major Crimes Task Force. The two entities raided The Counter Culture Shop in South Point in January 2012 and arrested Holley, the owner, and his employee, Joshua Tackett, 32, of Olive Hill, Ky.

The store had been the target of an investigation after an anonymous tip alleged the shop was selling synthetic marijuana and other similar substances, the sale of which became illegal in October 2011 after the passage of House Bill 64.

According to the Ohio Attorney General’s Office, synthetic drugs are dangerous and have been known to induce violence in the abuser or cause extreme paranoia, delusions or hallucinations.