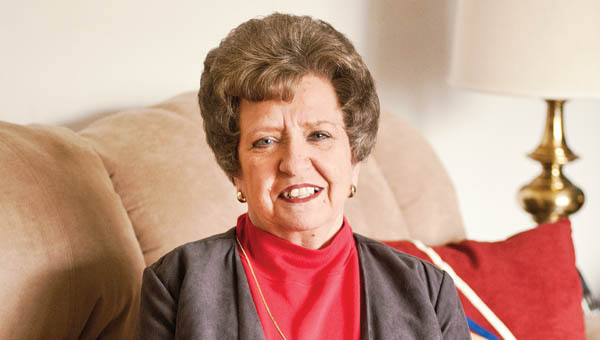 I am writing this because of my wife, Sue Lunsford. She has done so much for her family and community. We were blessed with two wonderful sons, Gary and Don Lunsford. As they grew up we tried to instill in them the importance of teamwork and helping out in the community.

The two of us have always worked as a team to get things done, from housework and child rearing, to shopping, paperwork for jobs and committees. Each of our sons has become a vital part of the area where they live.

Sue taught Sunday school and sang in the choir. And still sings in the choir at Sharon Baptist Church. As they were in the Scouts, she was a den mother. They played baseball and she was one of the scorekeepers. As they played other sports she was there. During this time she also worked 40 hours a week as a food manager for K-Mart for 31 years. She received the honor of being chosen as a Kentucky colonel in 1989 and was even nominated by a customer at the store.

In 1991 she joined the Ironton-Lawrence County Memorial Parade Committee at the insistence of Don DeWitz. She was later appointed secretary for a few years. During that time she was instrumental in getting Gov. Ted Strickland to come and march in the parade. She was on the committee called Patriots Path for Woodland Cemetery, to place and restore the cannons and to sell and lay the bricks for the area we have there now. She completed a first responder course for basic response to terrorism in 2003.

Sue was chosen as Parade Commander in 2001 and served as Grand Marshal for the Ironton-Lawrence County Memorial Day Parade in 2002. She has worked at Bellefonte Hospital for the past nine years and retired in October 2012.

I am proud of her.

My mother has been a hard worker her entire life, and has dedicated much of her free time to activities that have greatly benefited the Ironton community …

She continues to be an advocate for patriotism and community involvement.

Throughout history, churches have changed, going from cathedrals to simpler buildings with padded pews and stained glass, to school buildings... read more