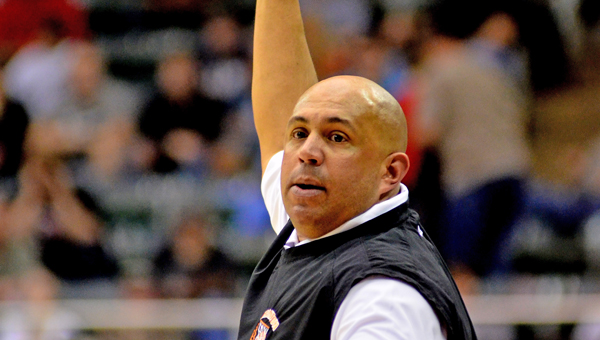 ATHENS — In the past eight seasons under head coach Mark LaFon, Ironton has reached the regional tournament four times.

The win sends Ironton to its third Final Four in school history adding to trips in 1994 and 2005, the latter a near major upset of heavily-favored North College Hill in a game that went down to the final seconds.

The Fighting Tigers are 23-2 and winners of 17 straight. They will play Ottawa-Glandorf (24-3) at 10:45 a.m. Thursday in the state semifinals at the Schottenstein Center on the campus of Ohio State University.

Not only did Ironton get over the hump, but LaFon beat his former high school coach and coaching mentor Norm Persin for the third straight year.

“I learned a lot from him. It may not seem like it out on the floor sometimes, but we’re good friends.”

LaFon said the team is not going to be happy with just making an appearance in the Final Four.

“We’re not going there for a visit. We’re there to win it. I feel we have the team,” said LaFon.

All-Ohio guard Zac Carter scored 34 points to lead Ironton in the win over Oak Hill including 24 in the second half.

Tickets go on sale to the public at 7 p.m. Monday in the Conley Sports Center.

Jim Walker jim.walker@irontontribune.com   Going to the state tournament is getting to be old hat for Ottawa-Glandorf. The Titans went... read more