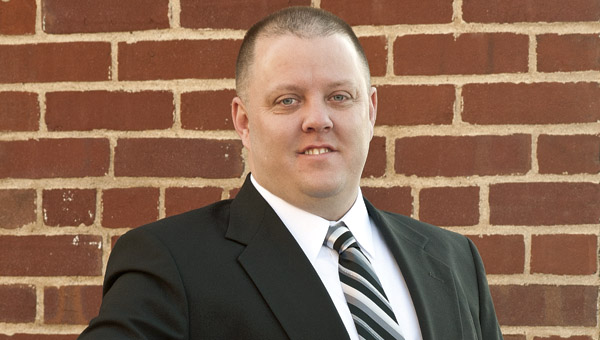 Jon Ferguson is the new executive director of Ironton aLive, a non-profit organization that seeks to improve the city’s economy.

Ironton has seen its share of successes and failures when it comes to new businesses, but one local non-profit group has set out to prove the city can still thrive.

Jon Ferguson was recently named executive director of Ironton aLive by its board and he has already hit the ground running, planning events for the spring and summer and providing a voice for the fledgling organization.

“We want to make sure people know Ironton is alive,” Ferguson said. “It is not a dead city. There are a lot of people doing a lot of good things to improve our city.”

Ironton aLive began to form as a group in 2011 and officially became a non-profit last fall.

Designed to encourage and stimulate economic growth in the city, Ferguson said the group is similar to the national Main Street programs, which has preserved and revitalized communities across the country.

Ferguson said he hopes Ironton aLive will eventually become a part of that national group, but for now, its focus will be offering a helping hand to civic groups and businesses with aims of improving Ironton’s economic climate.

“There are so many good things happening in the city, people working on good things,” Ferguson said. “This is just kind of a way to help meld those people into the same direction.”

Ironton aLive wants to offer a helping hand to groups like the Friends of Ironton and Ironton In Bloom, Ferguson said, helping in anyway possible to carry out their goals and make sure their events are successful.

And the same goes for local businesses needing to get the word out about special events or promotions.

To the naysayers who think Ironton is a dead city, Ferguson said the revitalization opportunities are here. It’s just a matter of bringing everyone together to focus on the common goal.

Ferguson has already taken steps to get Ironton aLive’s mission into the minds of local leaders.

In just the short time he has taken on the executive director’s position, Ferguson has met with the Lawrence Economic Development Corp., Greater Lawrence County Chamber of Commerce, Friends of Ironton, Ironton In Bloom, Ironton Port Authority, Ironton Mayor Rich Blankenship and hopes to meet with county commissioners in the coming weeks.

“I plan to put on my walking shoes pretty soon and spend a lot of time walking around town and meeting with the local business owners and letting them know who I am and what I’m trying to accomplish,” Ferguson said.

“We are trying to get something together for that to get people downtown,” Ferguson said.

Friends’ are on tap to host the Gus Macker basketball tournament and Rally on the River, and Ferguson said Ironton aLive will help in anyway needed.

The farmer’s market is set of open June 1 and Ferguson said he hopes to incorporate downtown businesses.

“I have several local farmers who have already committed to being a part of that,” he said. “We hope to get local businesses involved with that and maybe doing sidewalks sales, that sort of thing, to encourage people to walk around downtown and see what Ironton has to offer.”

Ferguson also said one of his goals is to create a volunteer database so local civic groups needing extra hands will have a way to find manpower.

“We want both the local businesses and local community to know we are here as a resource to help promote business in the city. That could lead us down a lot of different paths.”

Law enforcement asked to crack down on litter bugs

A few days away from his home county gave Lawrence County Prosecutor Brigham Anderson a rude awakening. Now he is... read more