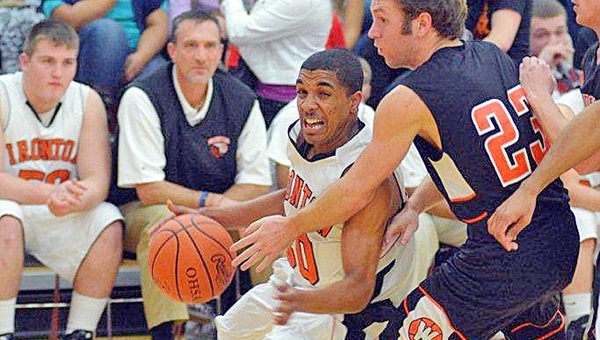 It has been an award-winning year for the Ironton Fighting Tigers Zac Carter and coach Mark LaFon.

And even though the season is over, the awards just keep coming.

Carter — a 5-foot-9 senior guard — added to his list of award by being voted the Ohio National Guard JJHuddle boys’ Division III Player of the Year during a three-week online voting window.

LaFon was the Associated Press Southeast District and Coaches’ District 13 Coach of the Year and named as coach for the annual North/South All-Star Game.

The Ohio High School Basketball Coaches Association bestowed another honor by naming LaFon their Division III state Coach of the Year after guiding Ironton to a 23-3 record, a No. 3 ranking in the Associated Press poll and a berth in the state tournament Final Four.

In online voting conducted by the Ohio National Guard and JJHuddle, Carter amassed 40,365 votes. Runner-up Doug Rasch of Bellbrook had 15,559 votes and Andrew Benontendi of Cincinnati Maderia was third with 12,824 votes.

Earlier this season, Carter was also voted the National Guard state Player of the Week when he scored 37 points in an 84-56 win over Spring Valley, W.Va., to give him 1,598 career points and break the old school record of 1,596 held by Dennis Gagai.

Ironton lost in the state semifinals 61-60 in overtime to Ottawa-Glandorf who went on to win the state championship by 21 points over Versailles.