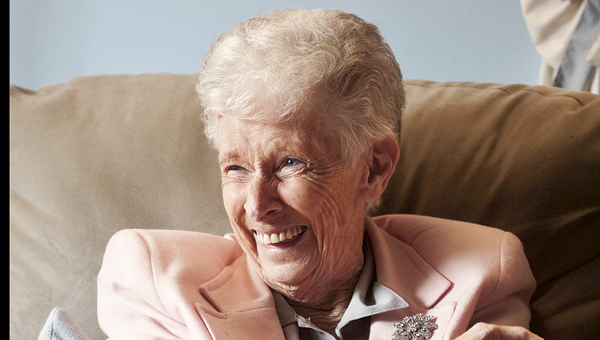 From school bus driver to truant officer, Erma Dailey has had an impressive career in the Chesapeake school system. Erma has decided to retire after 40 years of service.

CHESAPEAKE — Erma Dailey has never been one to let someone tell her something is too hard to do.

Case in point. One Friday afternoon Dailey and her husband were driving through the streets of Chesapeake when a school bus was coming the other way down the road.

“That would be a hard job,” her husband said.

“What would be?” Erma asked.

“Driving that bus,” was the reply.

The next Monday morning, Dailey was on the phone to John Fisher, then Chesapeake schools superintendent, finding out if the district were hiring any bus drivers.

Not such a strange request considering this was a West Virginia native who formed her driving prowess negotiating the hairpin curves around her hometown of Iaeger.

“Honey, I drove a coal truck when I was 16,” she said. “There was no other work. It was either work or be hungry.”

Within an hour after her call to Fisher, the keys to one of those bright yellow vehicles were in Dailey’s hand and she was off and running. That was in 1973 and, as Dailey sees it, the ride has been a pretty good one.

“Never has anybody treated anyone any better than the way Chesapeake has treated me,” Dailey said.

And the accolades on a bedroom wall in her Ohio River front home show the mutual admiration society Dailey and her school district have developed. There are certificates and awards covering two walls including a plaque calling Dailey state bus driver of the year. Near it in a thin black frame is a browned newspaper clipping of the time Dailey became a public hero. That was the morning when Dailey out on a run saw a young girl rushing out into the streets.

Her 7-year-old brother, with her at the bus stop, was choking on a piece of butterscotch candy he had just popped into his mouth.

“I stopped the bus and ran toward him,” Dailey said.

Grabbing the red-faced, gasping child in her arms, she thrust her fists into the boy’s diaphragm expelling the candy, saving the child

Was she shaken after the ordeal? Not in the least.

“You know, I’m not easily frightened,” she said.

But one job wasn’t enough for Dailey. Out to work every school day by 7 a.m. and back to the bus run by 2, Dailey sandwiched in-between the duties of Chesapeake truant officer.

“Only had two people in 40 years that tried to buck me, tried to keep me from coming in,” Dailey said. “And I told them to get out of my way.”

Managing children has never been complicated for Dailey. Her secret has always been basic, just follow the Golden Rule.

“Honey, I love children and if you are nice to children and treat them with respect, they will do the same thing for you,” she said. “All children learn to do is treat you the way you treat them.”

Now their parents, that could be another story.

And with the school’s blessings, off Dailey would go.

Now after 40 years Dailey has decided retirement is right for her.

“Then I’m going to do anything I want,” she said.

Riders Saddle Up for St. Jude