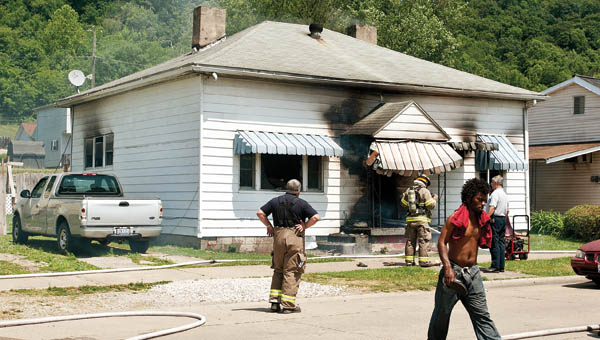 The Ironton Fire Department is looking into what caused a house fire Wednesday afternoon.

The department was called to a home on the 600 block of South Ninth Street at about 2:30 p.m. with possible entrapment. The single-story house was across the street from the Ironton Metropolitan Housing Authority.

Capt. Mike Mahlmeister said when firefighters arrived, the fire was fully involved with flames coming out of the front door and a rear window.

Mahlmeister also said no one was found in the home. Residents and the homeowner were still trying to be contacted.

At the time firefighters were on the scene, they were still investigating what caused the fire.

The Ironton Police Department and Lawrence County Emergency Medical Services were also on the scene.

COAL GROVE — Representatives from the Ohio Auditor of State have been analyzing the financial records of the Village of... read more