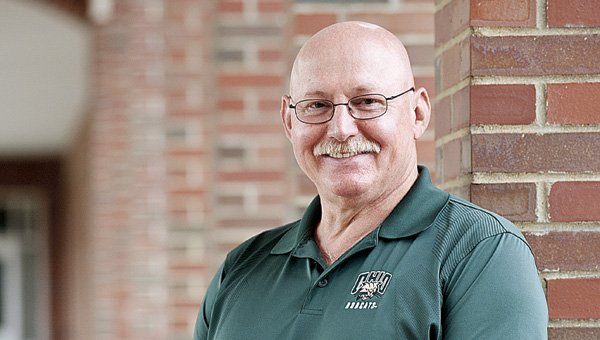 Dean Bill Willan at Ohio University Southern has taken a new job at the Athens campus as executive dean for Regional Higher Education for Ohio University.

After five years of hands-on involvement with Ohio University Southern, Dean Bill Willan is leaving to take on an even higher managerial role as executive dean for Regional Higher Education for Ohio University.

In his new position, which he begins Monday, Willan will be responsible for all five regional campuses and two centers. He said leaving Southern is bittersweet, but he looks forward to the opportunities his new position will present — which includes still improving Southern.

“I’m the type of person that becomes attached to the people around me,” Willan said. “I’ve never been out looking for the next position because of discontent and the Athens job is the only one I’ve applied for. Ohio University is a great institution and one that is committed to Southern Ohio.”

As a first generation college student, Willan said he has a special place in his heart for regional campuses. He said their focus on higher education in rural areas reaches out to people just like him and he takes great pride in working in higher education.

Ironton reminds him of his hometown in Indiana, Willan said. He said he is going to miss the friends he has made and the organizations in which he has been fortunate enough to be a member.

“I felt comfortable here very quickly,” Willan said. “I became involved with Rotary, the local school districts and other organizations in the community. The people here are very committed to the community and they were very easy to work with.”

Willan said his time at Southern had him interacting regularly with the regional campus’ deans, something he said he will be thankful for on day one and beyond. Before coming to Southern, Willan worked in OU’s central office in Athens. He said that, combined with his experience at a regional campus, makes his new position a logical step.

While emotional about leaving Southern and the surrounding community, Willan said he feels he has been a part of a lot of good work in the past five years and leaves behind a solid legacy.

“The thing that immediately comes to mind is the development of new program opportunities for the campus,” Willan said. “I’ve worked with faculty and staff here to develop the first two baccalaureate programs that are controlled by the regional campuses. That’s a major point of pride for me.”

Willan said he is also proud to be a part of the building of Southern’s nursing and social work programs. He said it is important for Southern and the other regional campuses to have degree programs that reflect the jobs available in their communities.

Dan Evans, Willan’s predecessor as Southern’s dean, will come on as interim dean until a search committee can find a permanent replacement. Willan said he could not think of anyone better to help the campus through the transition.

Kim Addis, OUS budget manager, said Willan will be missed greatly by the university, a sentiment he reflected. He said he would not trade his time at Southern for anything, and a large portion of that has to do with the fine faculty and staff he has had the pleasure of working with.