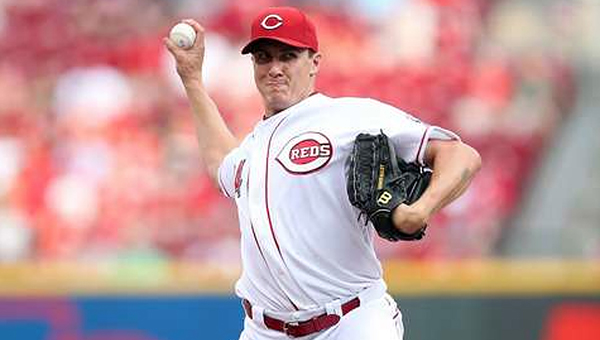 CINCINNATI — Homer Bailey has strengthened his membership in the exclusive club known as “The Unhittables.”

The Cincinnati right-hander pitched his second career no-hitter and allowed only one baserunner on Tuesday as the Reds blanked the San Francisco Giants 3-0. Bailey also pitched a no-hitter against Pittsburgh last season.

“I had one. Two is just as special. I go out there every day trying to win a game. To have a no-hitter is exceptionally special, but how many wins we have at the end of the season is all that matters,” said Bailey who threw his masterpiece before 27,509 fans at Great American Ball Park.

“It felt good to do it in front of the Cincinnati fans.”

Bailey’s no-hitter was the first in baseball this season and the first since last year when he threw his first no-hitter on Sept. 28 at PNC Park. The Reds won 1-0.

The no-hitter was the 16th in Reds’ team history. He is the third Reds’ pitcher to throw more than one no-hitter in his Reds’ career. Jim Maloney threw two no-hitters and Johnny Vander Meer pitched baseball’s only back-to-back no-hitters in 1938.

There are 31 pitchers in baseball history who have thrown multiple no-hitters. Nolan Ryan holds the record with seven. Bailey, who grew up in Texas like Ryan, wears No. 34 in tribute to his boyhood idol.

“This is the first one I’ve had as a manager. The only thing I missed last year was the no-hitter,” said Baker.

“He was dealing. You have to give (catcher Ryan Hanigan) credit because he’s caught both of them. (Bailey) was never in trouble. What a game. I can’t quit smiling. I’m so glad for Homer. He’s been through some ups and downs to get to this point. He’s dedicated big time.”

Bailey, now 5-6, threw 109 pitches — 74 for strikes — as he racked up nine strikeouts. The only Giants’ baserunner was a leadoff walk to Gregor Blanco in the seventh inning.

Blanco grounded out to third baseman Todd Frazier for the game’s final out.

“To be able to share it with these guys again, most of them were here last year, but it’s such a big thrill for me that they get to be part of it, with the coaching staff and even Dusty because the last one he wasn’t there. So for him to be here and see this one, it really makes me feel good,” said Bailey.

First baseman Joey Votto came up with the key defensive play to help preserve the no-hitter.

After Bailey retired the first 18 batters, Blanco walked and went to second on a ground out. Buster Posey then hit a looping flare between first and second base and Bailey was slow to cover first base.

Votto started toward first base but saw Blanco breaking toward third. Votto threw to Frazier who tagged out the runner for a fielder’s choice.

“I was going after (Blanco). This game is pretty tough. It’s not like I was pitching around him. I just missed a few spots,” said Bailey. “Joey is a great player and to make that play was definitely a turning point in the game.”

Bailey was aware of the no-hitter as he headed into the final innings.

“Going into the eighth and ninth I just said, ‘Why the hell not?’ Here we go again,” said Bailey.

With Bailey turning in such a dominant performance, the Reds got what proved to be the only run they needed in the first inning.

Shin-Soo Choo doubled off right-fielder Hunter Pence’s glove leading off the bottom of the inning. The ball was originally ruled a home run but replays showed the ball stayed in the park.

Zack Cozart reached on a throwing error sending Choo to third where he scored on a sacrifice fly by Votto.

The Reds gave Bailey some breathing room in the sixth when Votto led off with a single and Brandon Phillips lined a two-run homer to left off loser Tim Lincicum (4-9).

“(Bailey) was hitting his spots. He was throwing 97 (miles an hour) at the end. He let out his inner Batman out today. God bless him,” said Phillips.

“(The home run) felt good. You always want insurance. Plus, Homer didn’t need it either.”

The only perfect game in Reds’ history was by Tom Browning who threw his gem against the Los Angeles Dodgers on Sept. 16, 1988.

The only other active pitchers with a pair of no-hitters are Justin Verlander, Roy Halladay and Mark Buehrle. One of Halladay’s no-hitters came in the postseason against the Reds in 2010.

Hernandez had other brushes with the law