New tenant to create 100 plus jobs 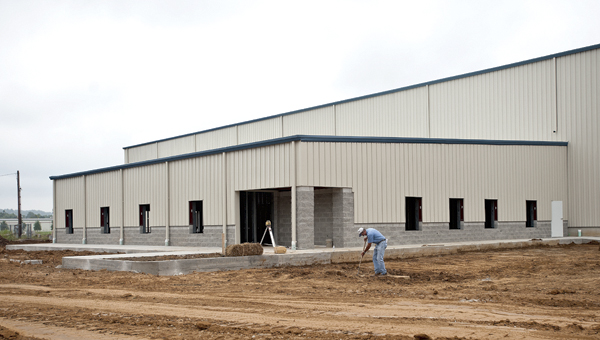 SOUTH POINT — By the end of September there should be one more tenant at The Point as the South Point industrial park continues to bring jobs to Lawrence County.

Currently a 87,850-square-foot building is under construction for Minova and scheduled for completion by mid to late September. When the mining industry manufacturer moves in, it will take on the name of Orica.

“When the new facility is opened, it will be rolling into the parent company,” Jeremy Clay, director of The Point, said. “There is a smaller operation in Proctorville. This will be expanding it.”

When the company opens, it plans to hire around 110 employees and has scheduled a job fair at the Chamber of Commerce building on Aug. 23. Within three years, that figure is expected to increase to 145 workers.

The Orica building will make the 17th at The Point, all with tenants except for the site of Chatham Steel, which shut down its operation at the end of December. However, an announcement of a new tenant for the building is expected soon.

“As soon as we turn Chatham Steel and Minova on line, we will build another spec building,” Clay said.

Free haircuts for ECC kids to meet a need

Goal to target head lice   Several Lawrence County agencies are teaming up this week to get a head start... read more