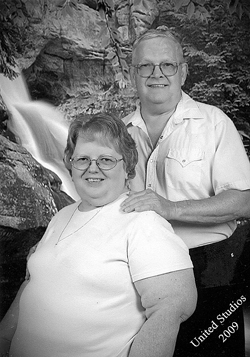 Don and Karan Powers Stapleton celebrated their 50th wedding anniversary Friday, Aug. 9, 2013. They were married in South Point by the Rev. Frank Malone.

Don is the son of the late Clifford “Doc” and Olive Faulkner Stapleton. Karan is the daughter of Virginia Powers Colwell and the late Sterling “Red” Powers.

Both Don and Karan are graduates of the Ironton High School class of 1963. Don retired from Sunoco Chemicals.

The dollars available for three of the four emergency services funded out of the one-half percent sales tax may have... read more