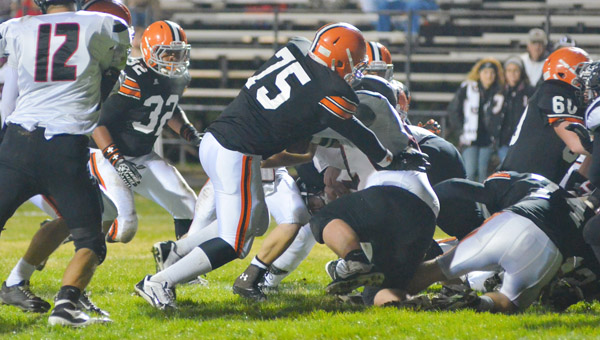 It is quite a team and it even has an all-district coach.

Homulka helped the Dragons to a 7-4 season, the Ohio Valley Conference title and their third playoff appearance.. The Dragons lost to Wheelersburg in the Division V Region 17 quarterfinals.

Ironton quarterback and defensive back Tristan Cox was also a first team pick while running back D’Angelo Palladino and end Joe Bowling were special mention.

South Point linebackers Audric Harlow and Tyler Branch were also on the first team along with Chesapeake linebacker Chad Meadows.

A complete list of the all-district team is on Page 10.

COLUMBUS (AP) — The 2013 Associated Press Southeast All-District football teams, as selected by a media panel from the district... read more