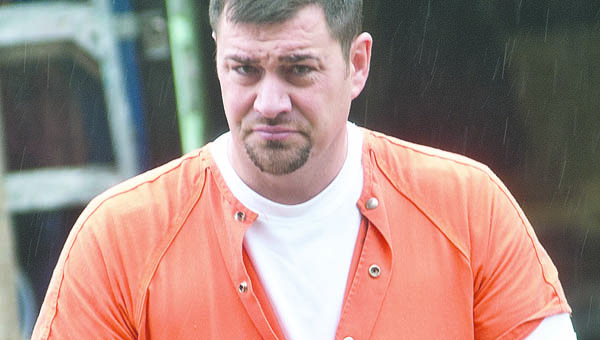 Patrick Richard walks to his arraignment.

One day after surrendering to the Ironton Police Department, owners of All Seasons of Kentucky were arraigned in Lawrence County Common Pleas Court.

Leo Patrick Richard Jr., 39, and his wife, Carol Richard, 40, both of Manhattan, Ill., answered their charges separately Tuesday and pleaded not guilty to more than 100 criminal acts between the two of them. Judge D. Scott Bowling presided.

Patrick Richard was arraigned on one count of first-degree engaging in a pattern of corrupt activity, 23 counts of fifth-degree theft, 12 counts of fourth-degree theft from the elderly and 33 counts of third-degree money laundering.

Carol Richard, was arraigned on a count of first-degree engaging in a pattern of corrupt activity, as well as 35 counts of fifth-degree receiving stolen property and one count of third-degree money laundering.

Aaron Crawford, criminal investigator for the consumer protection and economic crimes unit of the Ohio Attorney General’s Office, was the prosecutor for the case and recommended bond be set at $200,000 for Patrick Richard and $100,000 for Carol Richard.

“There are 35 residents who paid deposits and received no services,” Crawford said.

“These are not crimes of violence and no weapons were involved,” Rosenberg said. “They did appear yesterday in this county and self-surrender.” 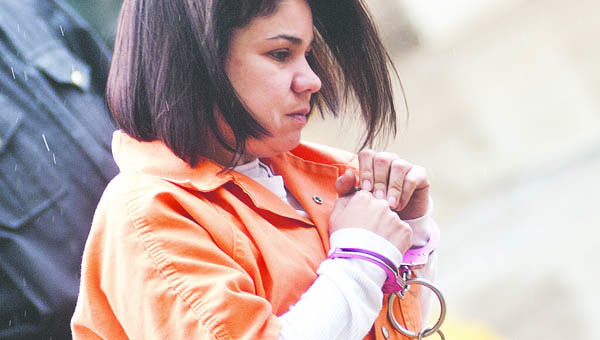 Carol Richard walks to her arraignment.

Bowling ordered that the bonds may be paid by cash, surety or 10 percent to the clerk of court’s office. The Richards must also pay for GPS monitoring and surrender their passports if bond is posted.

The Richards were indicted last week following a months-long investigation into allegations the company was paid for home repair services but did not perform any or all of the work they were hired to do.

The company operated in Ironton from December 2012 to April 2013. Dozens of consumers complained the business did no work at all or did work that was shoddy.

After taking consumers’ money and doing little or no work, records allegedly show the owners made personal car payments and yacht club payments from the All Seasons of Kentucky bank account, according to the attorney general’s office.

In September, the AG filed a civil suit against the couple, charging the business and its owners with multiple violations of Ohio’s Consumer Sales Practices Act and Home Solicitation Sales Act, including failure to deliver, shoddy work and failure to give consumers proper notice of their right to cancel. The attorney general seeks to stop further violations and to obtain full consumer restitution and civil penalties.

According to the lawsuit, the attorney general is seeking a civil penalty of $25,000 for each separate violation of the CSPA.

A World War I ace, an historic school building and the first pastor to the Ironton City Mission were the... read more