Looking to FAA to pay for land at airport 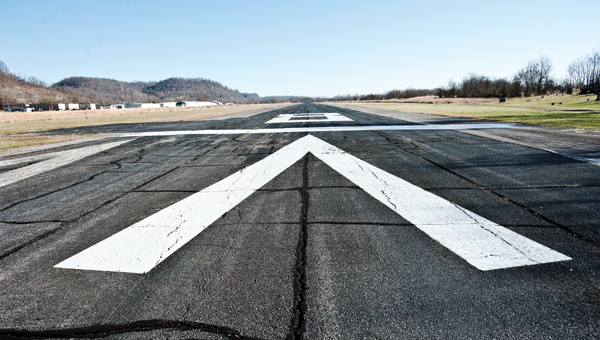 A view of the western side of the runway at the Lawrence County Airpark.

CHESAPEAKE — Paying for acreage the county has acquired through an eminent domain lawsuit could come from federal dollars. It is now in the hands of the Federal Aviation Administration how much, if any at all, it plans to pay.

At the end of October, the county reached an agreement with the Wilson family to buy acreage the family owned at the Lawrence County Airport. The county wanted the land to allow expansion of runways and cut down trees that were causing safety concerns.

“It was simply to determine which hoops we have to jump through for the FAA,” Boggs said. “They said you jump through these hoops and then we will make a determination.”

The FAA can either pay all of the amount agreed upon by the county and the Wilsons or a partial amount, Boggs said.

“We have reached a tentative agreement,” Boggs said. “What we are determining is how the tentative agreement is paid for. There are two different pieces of property that would make it possible to extend the runway and clear some trees.”

Originally the county had sought 47 acres of land at the airport, but the agreement has reduced that to a piece of property on the western end of the runway and an easement on the eastern end to allow the county to cut down those trees.

However, the current cost of the land to be purchased has not been publicly released.

Now Nenni is organizing documents to send to the FAA including the settlement agreement and legal description of the property.

“I have sent some preliminary things to the FAA as a kind of draft of what we are going to send,” Nenni said. “I don’t anticipate any big holdups. I think all the stuff the FAA wants we already have. This has needed to happen for probably 20 years. We have tried other means to get the trees cut. The trees are hazardous for aviation. We have been working on it for quite some time.”

Boggs estimates the county should hear from the FAA within 60 days.

“We have strong feelings that the FAA will help purchase pieces of those properties, if not cover the entire amount,” he said. “At this time we do not anticipate any local tax dollars being used.”