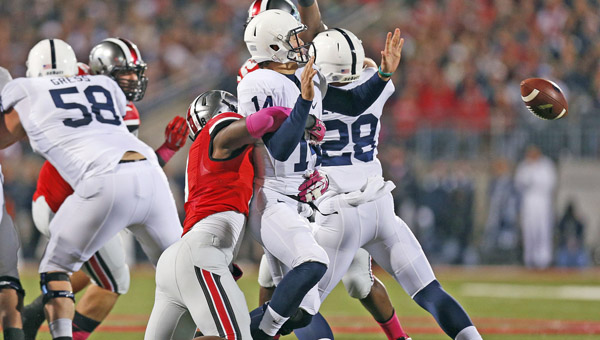 Spence was suspended for Ohio State’s Orange Bowl loss and must sit out the first two games of the 2014 season.

His father, Greg Spence, has told several media outlets that someone apparently slipped the drug into a drink without Noah knowing it the week before the Big Ten title game on Dec. 7.

Ohio State backed the Spences’ appeal. Greg Spence said the Big Ten initially wanted to suspend his son for a season but then determined Ecstasy is not a performance-enhancing drug but rather a stimulant. The Big Ten denied an appeal to drop the suspension.

Spence led the Buckeyes in sacks.

Titans slip past Vikings in SOC