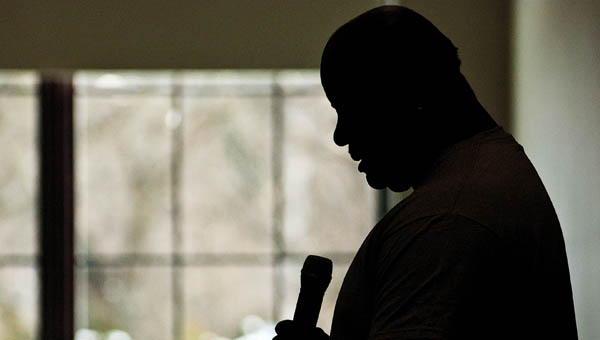 “When talking about your dreams,” Sarah Kyllo, OUS student services specialist, said. “think about how to make those dreams a reality.”

Kyllo then led the audience through a litany of commemoration for King before showing a slideshow of his life and accomplishments set to music.

OUS students Jesse Blevins, Kenneth Collins and Kamren Mendoza each shared one of King’s quotes before relinquishing the microphone and podium to the day’s keynote speaker.

“I preach to 50,000 people sometimes and never get nervous,” the Rev. Roy Terry, pastor of 16th St. Baptist Church in Huntington, W.Va., said. “Right before I came up here to speak I got nervous because I have been asked to speak and not preach. No one should give a preacher a microphone and ask them not to preach.”

Terry focused on King’s dream of equality for all but also on the importance and relevance of dreams in general.

“Every great invention, medical cure, right and privilege we have today began with a dream,” he said. “Has the dream died? Are we living the dream or just dreaming? We have to keep the dream alive.”

Terry then touched on how to keep a dream alive once it becomes a reality, or at least seems to be a reality but in fact isn’t.

“What keeps the dream alive is when the audio doesn’t match the video,” Terry said. “What I mean by that is when what we hear doesn’t match what’s really going on. When we have laws passed but not practiced and people still treated as second-class citizens even though laws and acts say differently. When lynchings have still happened over just the past 10 years and white supremacists groups are still recruiting young white people. When there are more 18- to 25-year-old black males in prison than in college. When sentences for crack cocaine-related crimes are harsher than powder cocaine-related crimes and crack is bought and sold mostly by blacks and powder cocaine mostly by whites. These things are what keeps the dream alive.”

Terry added the dream will stay alive as long as racism exist and people see one another not for what they are, but for what they perceive them to be and alluded to congressional district realignments aimed at keeping blacks from getting elected.

“You may ask, ‘What can I do? I am only one person,’” Terry said. “Well, it only takes a little spark to get a big fire going. We need to talk a little, but not talk one thing and do another. Remember, the audio has to match the video. It says in the Bible, ‘Where there is no vision, the people perish.’ The same is true here because where there is no dream, that dream dies.”

Temperatures climbed into the mid-20s on Saturday but a 30-degree temperature increase was trumped by yet another winter storm that... read more