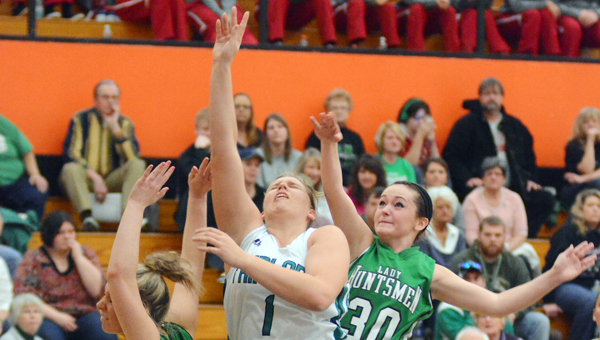 Terra Stapleton has made a habit out of Player of the Year awards.

The Fairland Lady Dragons’ 6-foot-4 senior center — a Michigan signee — was named the Associated Press Division III Co-Player of the Year, the second straight season she has won the honor.

After being a tri-player last year, Stapleton and Africentric’s Alexa Hart shared the honor announced Tuesday.

Stapleton has been the AP Southeast District Player of the Year the past three seasons as well as the Southeast Coaches District 13 honoree over the same time span.

Stapleton averaged 17.8 points, 10.4 rebounds and 3.7 blocked shots this past season and was the key reason the Lady Dragons are making their first-ever state tournament appearance.

Stapleton is not the first person in her family to play in a state tournament. Her uncle Jeff “Sticks” Collins played in the Class AA state baseball tournament in 1972.

In fact, Collins — who was drafted by the Chicago Cubs — was the winning pitcher in the state championship game as Ironton beat Solon 3-2.

Stapleton will try to bring a second state title to the family when the Lady Dragons play Versailles at 3 p.m. Friday in the state semifinals.

Stapleton wasn’t the only local player honored by the AP.

Barrier is a two-time first team all-district selection. She has already being recruited by several Division I schools such as Florida, Purdue, Kansas State, Colorado, UNC-Charlotte, Marshall and Belmont.

Hunt averaged 14.4 points and 13.1 rebounds a game for the Lady Vikings.