Pennington, the school’s first female dean, was one of five people being considered when candidates for the position began on-campus interviews in late February. The list of five was narrowed to three earlier this month.

Pennington follows in the footsteps of Willan, who served as dean of OUS for five years, Dr. Bill Dingus, and Dr. Dan Evans, who has served the Southern Campus and the regional system of Ohio University for more than 13 years in numerous roles, including OUS dean, executive dean for regional higher education and vice provost for eLearning OHIO and Strategic Initiatives. Evans agreed to return to OUS this past July during the search for a permanent dean. 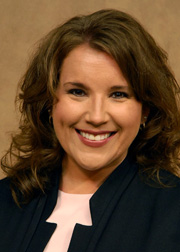