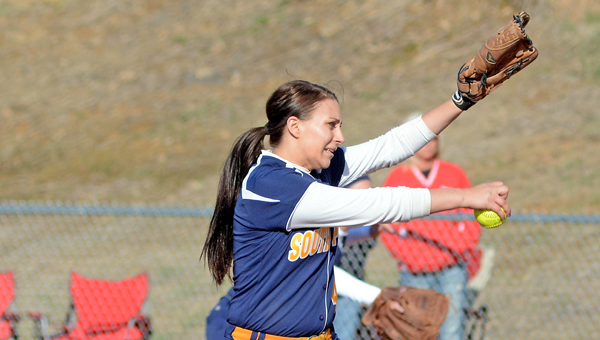 SOUTH POINT — Kaitlyn Brown took matters into her own hands on the mound and at-bat.

“We got a big win behind some timely hitting and an outstanding pitching performance by Kaitlyn Brown,” said Lady Pointers’ coach Tanner Heaberlin.

“We played stellar defense with only one error. It was a total team effort and I couldn’t be more proud of our team.”

The win enabled the Lady Pointers to move into a first-place tie with Rock Hill in the league.

Brown stuck out 10 and walked three in going the distance.

The Lady Pointers took a 1-0 lead in the first inning on a single by Winkler and a double by Rawlins.

Winkler and Rawlins singled in the third inning to give the Lady Pointers a 2-0 lead.

The Pointers scored two more runs in the fourth inning when Bonnie Hileman was hit by a pitch and Brown slammed her home run.

“It was a very nice way to open our new field,” said Hearberlin.

CINCINNATI (AP) — That playoff loss in Pittsburgh last year? Johnny Cueto never thought about it much. So getting a... read more