Motorists should be mindful of flash floods 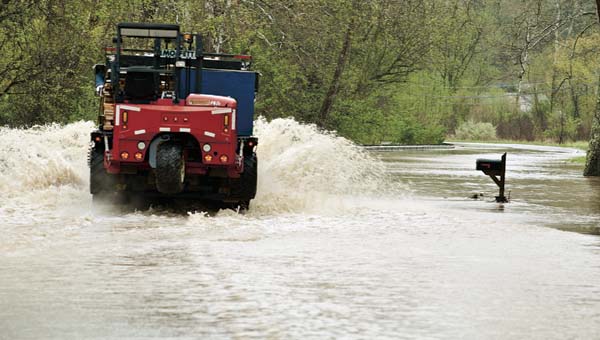 THE TRIBUNE/JESSICA ST JAMES
A hauling truck braves the high waters while traveling northbound on State Route 93 in Pedro Wednesday.

Storms over the past couple days have caused water levels to rise and several road closures throughout Lawrence County.

But, even as the chances of precipitation decrease over the coming days more road closures are expected, according to Kathleen Fuller, public information officer for the Ohio Department of Transportation, District 9.

“The way the tributary system works and with the runoff it’s likely more roads could be closed,” Fuller said. “Flash floods are a very real possibility, especially with areas toward Hanging Rock that are a problem area for flash floods.”

As of now these roads remain closed indefinitely due to high waters:

Over the next couple of days ODOT will continue to monitor roadways in Lawrence County to ensure safety for travelers.

If drivers want to report dangerous road conditions they can contact ODOT by calling 740-773-2691.