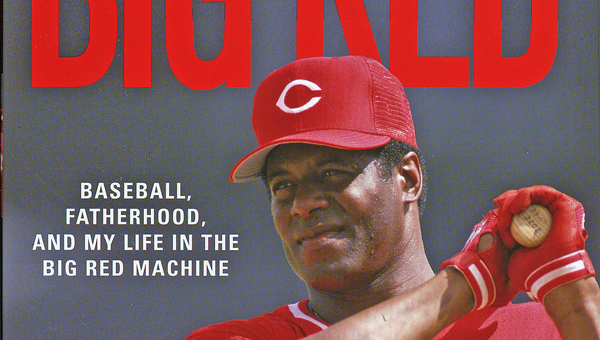 The Big Red Machine had a lot of great parts that made it motor through opponents for nearly a decade and capture back-to-back world championships.

One of those parts in those great Cincinnati Reds’ teams was Ken Griffey Sr., the strong-arm right-fielder who was an outstanding hitter and fielder. He was often overshadowed by the famous foursome of Pete Rose, Johnny Bench, Joe Morgan and Tony Perez.

Griffey has even played second fiddle to his own son Ken Griffey Jr. who put together a Hall of Fame career.

But Ken Sr. played 19 seasons in the major leagues and put together his own Hall of Fame type numbers.

In a new book, “Big Red: Baseball, Fatherhood, and My Life in the Big Red Machine,” fans can read about the life and career of Griffey as he won championships and covered the real estate in the Reds and New York Yankees’ outfields.

Griffey also talks about playing along side his son, and his decision to continue in the business of baseball as a scout, coach and manager.

The book if full of memories from the Reds’ 1975 and 1976 World Championship teams including the famed Game Six of the 1975 World Series, considered the greatest game ever played.

Griffey talks about his former teammates not only with the Reds but in the “Bronx Zoo” with such Yankee figures as Billy Martin, Yogi Berra and owner George Steinbrenner.

“Big Red” is not just a story of a life in baseball, but a story of Griffey’s love of baseball, his family and life, and a true glimpse of what it’s like when baseball really does run in the family.

INDIANAPOLIS (AP) — The finish at the Indianapolis 500 was worth the wait for Ryan Hunter-Reay. He used a series... read more