Paperwork for The Depot in final stages 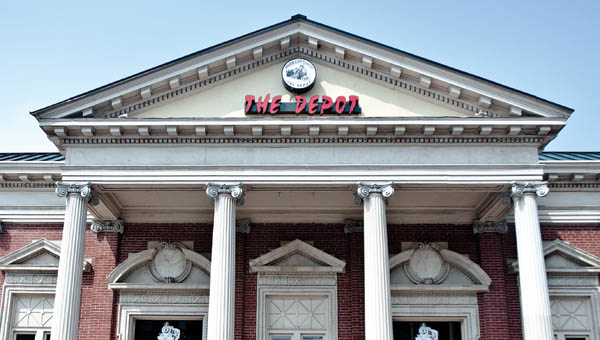 The former Norfolk and Western Railway passenger depot in Ironton is the site of a new restaurant called The Depot. Originally owner Linn Ming planned to open in May, but the process of obtaining a liquor license has pushed the date back to July 9.

As soon as the paperwork is processed to acquire a liquor license, The Depot restaurant in Ironton will be ready to open its doors.

“It’s been 10 weeks since we applied (for the liquor license),” Dingus said. “It should be coming along soon. Getting all the required paperwork together and submitting it is sometimes arduous.”

Required documents from the Lawrence County Board of Elections have been submitted and Ironton Mayor Rich Blankenship said he spoke with Ironton Police Chief Dan Johnson and was told that IPD had also submitted its portion of the necessary paperwork.

On April 10 of this year the Ironton City Council adopted ordinance 14-15, which amended ordinance 03-49, authorizing the lease of the Norfolk and Western Railway passenger depot building — home to the former Austyn’s restaurant — to the Lawrence County Port Authority for three five-year periods. Assistant Executive Director of the Ironton-Lawrence County Community Action organization and Port Authority CFO Ralph Kline told council at that meeting that Ming was targeting a May opening date, but June was more likely.