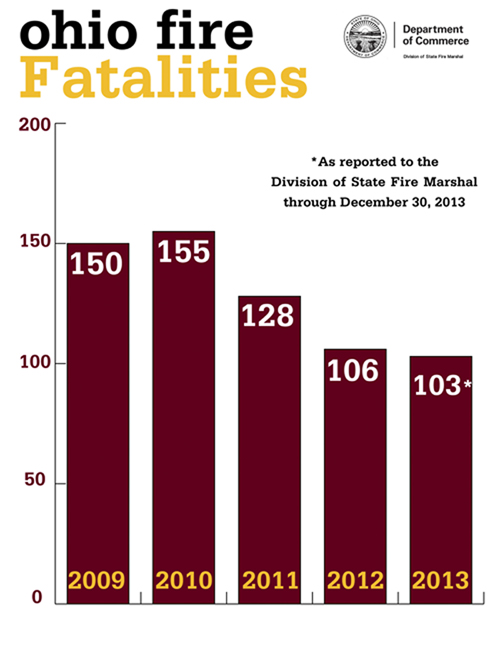 Two fires in the county remain under investigation by the Ohio State Fire Marshal’s office. The first fire occurred on Sixth Street in Ironton on June 15. The second was the fatal blaze that killed two residents of Rome Township on July 5 with the probable cause being fireworks embers that fell on their house.

The Sixth Street fire could have turned deadly if it weren’t for the actions of passersby who were able to help lead the house’s occupants to safety.

As the weeks roll by, definitive answers as to what caused those fires have yet to be determined, but Assistant Chief Fire Marshal Josh Hobbs asks that the public be patient.

Determining whether a fire is a crime or just an accident is a process that works in reverse from how investigations typically are conducted.

“We have to do a lot of cause elimination,” Hobbs said. “We start with the fire then have to eliminate all the possible causes of the fire until we are left with one that could be criminal.

“We have to answer the question, ‘Is this even a crime?’ before we can start to answer the why and the who. If you have a homicide or a robbery, you usually know what you have right off the bat.”

The fire itself also provides investigators with a significant obstacle to overcome, as high temperatures can destroy much of the clues or incendiary signs.

Forensic science shows like “CSI” provide the general public with unrealistic expectations on how the field of forensic investigation actually works, Hobbs said.

“Those shows don’t cover fire investigations often but they do make people think the answers come quick,” he said. “We rarely have those elaborate crimes scenes you see on TV. Investigating fires is just a longer process, because we have less to work with. We also aren’t out there dressed in designer suits. Our guys are getting dirty.”

As if all of that didn’t make fire investigators’ jobs hard enough, according to Hobbs, it has actually become even tougher in recent years to determine if a fire was intentionally started.

“Thanks to the meth problems and shake-and-bake labs our job has gotten more difficult,” Hobbs said. “When we are trying to conclude whether a case is arson, one of the things we look for is incendiary signatures, signs of a set fire. A lot of time these meth labs will give off those signatures and they’ll get lumped in with arson statistics.”

The reality is often the meth lab fire is an accident, he said.

Across the country nearly 400,000 fires occur in residential buildings each year with less than five percent determined to be arsons, according to the Federal Emergency Management Agency website.

“Most of the time we’ll investigate a fire and determine no crime occurred,” Hobbs said. “But, we still have to make sure we go through all of the procedures — that we work out the entire process. It can take a while but it’s necessary.”

SOUTH POINT — Correcting the accident-prone intersection of the most traveled road in Lawrence County is underway. About a week... read more