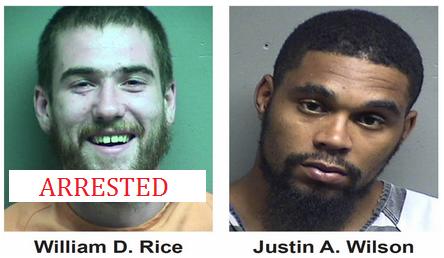 SOUTH POINT — Police have released the names of the suspects and the deceased in a shooting Tuesday evening on Township Road 616 in the area of Leo’s Carryout in South Point.

According to a press release from the office of Lawrence County Sheriff Jeff Lawless, Adams was at 37 Township Road 616 with female friend Nichole Eller, 29, of 1009 Fourth St., South Point, when Justin Wilson, 25, with a last-known address of 223 Township Road 1186, South Point, and William D. Rice, 24, with a last-known address of 65 Township Road 510N, South Point, arrived and allegedly began demanding money they claimed Adams had stolen from them. Wilson allegedly began assaulting Adams and then produced a small caliber handgun and fired at least one shot that struck Adams in the face.

Wilson and Rice then allegedly fled the residence. 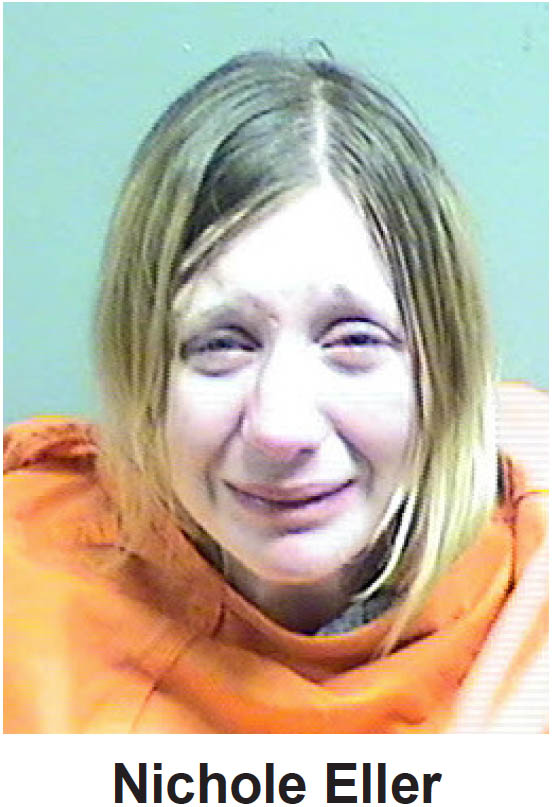 The investigation revealed the situation was drug related, according to the press release. Eller was arrested and charged with complicity to commit murder, tampering with evidence and obstructing justice. She is being housed in the Lawrence County Jail. Her arraignment is set for 9:30 a.m. on Friday in Lawrence County Municipal Court.

Arrest warrants were issued for Wilson and Rice for complicity to murder. Rice turned himself in on Wednesday at the Lawrence County Jail.

“Extensive searches to find these two have been unsuccessful,” Lawless said. “Anyone with information as to (Wilson’s and Rice’s) whereabouts is urged to contact the sheriff’s office.”

Adams’ body has been sent to the Franklin County Coroner’s Office where on Thursday an autopsy is expected to take place.

The investigation is ongoing and additional charges could be forthcoming, Lawless said.

The sheriff’s office first received a call about the shooting on Tuesday around 7 p.m.

Witnesses saw a white Chevy Impala leave the area where the shooting took place, Lawless said. It is not known what direction the Impala traveled once it left the area.

“We followed up on some leads but have yet to find the vehicle,” Lawless said.

Ironton woman dies after being struck by car