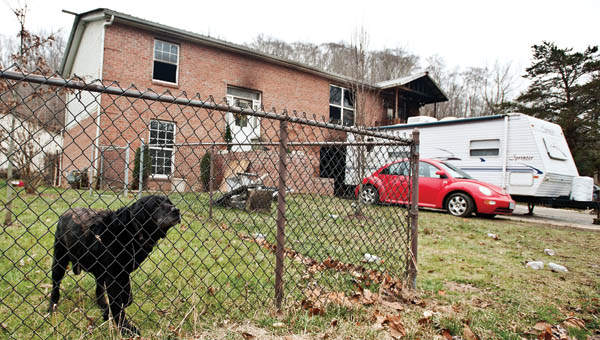 A dog watches inside the gated yard of what used to be his home, located on Hillview Lane, following a fire on Tuesday.

SOUTH POINT — A fire broke out at a home on the corner of Hillview Lane and Top Street off Little Solida Road just after 6 p.m. on Tuesday claiming the lives of four dogs and two cats.

The homeowner kept rescue animals at the residence.

“I looked out and saw a car parked in my driveway and another parked on the street and heard people yelling,” Pat Bean, a neighbor, said. “I looked out to see what all of the noise was. I thought there was a fight or something, but then I saw smoke coming out of the windows.”

Bean lives diagonally to the home on Hillview. 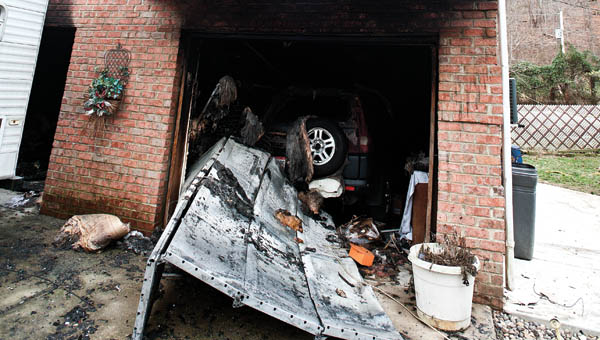 The home of a South Point resident is seen following a fire the previous night on Hillview Lane.

“At first all you could see was smoke, but then all of a sudden flames went up,” Bean said.

South Point Fire Chief Mark Goodall said the fire started in the garage area, where a Honda CR-V was parked. A trailer in the driveway was untouched. Goodall said the home also suffered smoke and water damage.

At least five animals were unharmed, as there were three dogs and two cats in the yard.

More information on the case has not yet been released.