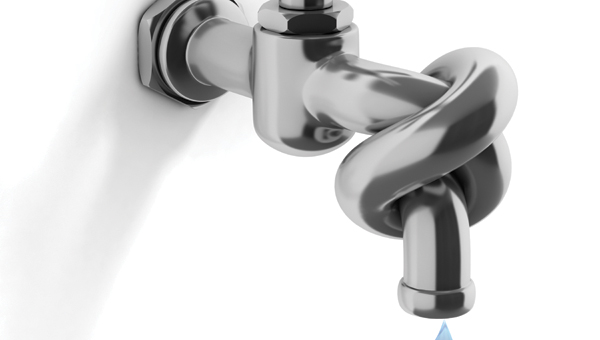 Another concern for county residents, once the temperatures rise above freezing, will be flooding caused by melting snow straining stormwater drains and increasing creek and river levels.

While some people in Lawrence County are boiling their drinking water, others are being asked to conserve — all thanks to the region’s yo-yoing winter temperatures.

Nearly 10,000 people in the Hecla Water Association service area were asked this week to keep their water usage to a minimum after the company experienced “unusually high” consumption, according to Tim Dalton, engineer for HWA.

“The recent warming trend on Saturday and Sunday caused an additional increase in water usage throughout the Hecla Water system,” Dalton said in a release. “The increased water demand has resulted in the water levels in the water storage tank to become extremely low.”

The release stated the conservation period would last until Sunday and asks that customers not let their water run overnight and during the day.

The advisory also asks for customers to monitor their plumbing and water meters for leaks.

Those Hecla customers joined the approximately 800 Lawrence Water Corporation customers who have experienced water woes during the past week.

On Friday, Lawrence Water suffered pump damage at its station in Athalia, due to a power outage. Customers were without water until the motor was dried out on Saturday evening and the tanks could refill.

Residents impacted were placed on a boil water advisory until water quality testing was complete.

“At our tank on the hill, something was going on,” Blankenship said. “It was not producing like it should.”

But the city, overall, Blankenship said, is doing well, although water breaks are inevitable. Crews repaired a break on Kemp Avenue between South Second and Third streets this past weekend.

“With the temperatures warming up, it’s the perfect time for it to start leaking,” he said. “We’re just on alert.

The same goes for the village of South Point, which has been fielding calls from residents with frozen pipes.

Pat Leighty, village administrator, said extreme weather always causes some problems in the water system, but currently, there have been no major issues.

“You really don’t start getting your breaks until the weather warms,” Leighty said

As was the case with county crews this past week, Leighty said village workers put in more than 100 hours plowing the village’s main thoroughfares.

“That doesn’t take into consideration all the prep, such as getting the salt and grit ready prior to that,” he said. “We had two plows and two backhoes out.”

Another concern for county residents, once the temperatures rise above freezing, will be flooding caused by melting snow straining stormwater drains and increasing creek and river levels.

Ironton High School senior Lena Williams is this year’s winner of an open competition for a soloist to perform with... read more