Reds rout D-Backs; Will Ferrell plays for both teams 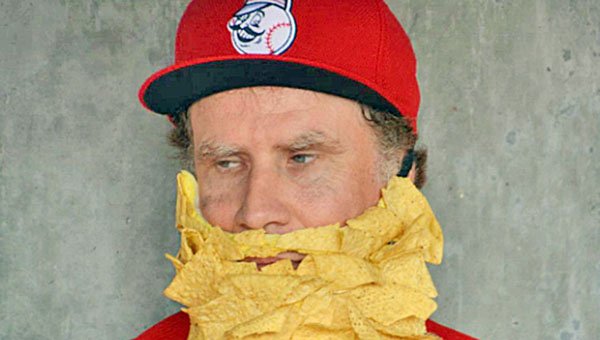 Phillips doubled twice. Pena broke out of an 0-for-12 start to his spring training with three RBIs.

Arizona starter Allen Webster, among a host of candidates trying to win one of the spots available in the rotation, gave up four runs and seven hits in 2 2-3 innings.

Actor and comedian Will Ferrell made the game his third stop on a one-day, five-game whirlwind tour of Arizona spring training. He played third base for the Reds and left field for the Diamondbacks, helping to raise money for charity while filming an HBO special.

Ferrell had three balls come his way in the outfield, one that went for a triple and two for doubles.

Todd Frazier went 2 for 4 with three RBIs and Jason Bourgeois and Brennan Boesch each had two hits and scored twice for the Reds.

“That’s a nice offensive explosion there and fun to watch,” Reds manager Bryan Price said. “It’s nice to be able to create some separation early in the game and keep the lead and have some of your big guys swinging the bat well.”

Josh Collmenter, Arizona’s opening day starter, allowed a run in three innings in a ‘B’ game on a side field before the game.

Shortstop Chris Owings tested his surgically-repaired left shoulder by playing five innings of defense. “He looked healthy, that’s the main thing with him right now,” manager Chip Hale said. “We’ll see how he feels (Friday) and get him back in there for the Saturday day-night doubleheader.”

Craig Wayne Boyd, winner of Season 7 of the TV show “The Voice,” sang the national anthem before the game.

Reds: Mike Leake continued his tuneup for the regular-season starting rotation with three shutout innings. He allowed two hits, struck out two and walked one and is unscored upon in five innings this spring.

“He’s been working really hard on his changeup and making that kind of a priority pitch,” Price said. “He’s a stabilizer on our staff. There was a lot of teams that were interested in him in the offseason and we just felt like he was a piece we couldn’t move.”

Diamondbacks: Allen Webster is among a host of candidates for one of the spots available in the Arizona starting rotation, and he didn’t help himself much on Thursday. Webster was shelled for three runs and five hits, all well-struck balls.

The first four Reds he faced reached base with hits in the first inning. Webster settled down for his next two innings, but was charged with four runs and seven hits for the day. He’s allowed six earned runs and 10 hits in 4 1-3 innings this spring after going 2 2-3 on Thursday.

“I was trying to get ahead of batters, and they jumped on all the first or second pitches,” Webster said. “If I’d go back, I’d throw a little more off-speed on first pitches.”

Reds: RHP Jason Marquis gets the start against the Los Angeles Dodgers in Glendale, his third of the spring. Closer Aroldis Chapman is also scheduled to pitch.