Lucas more than a coach to players 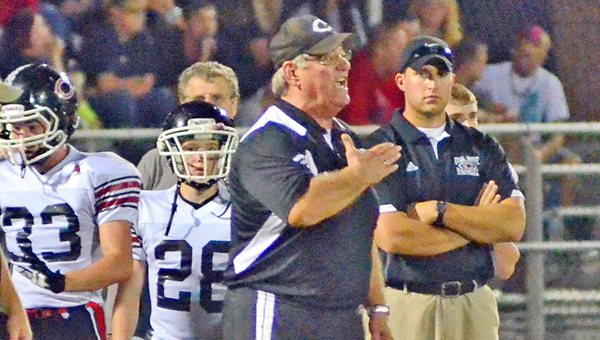 COAL GROVE — The numbers are mind boggling, but they only tell a part of the story.

Dave Lucas put together a remarkable career as a football coach — mainly with the Coal Grove Hornets — but his accomplishments went beyond the playing field.

He returned to Coal Grove in 2004 and posted a 7-3 record after the Hornets won just 11 games in the previous five seasons.

Lucas was named to the Ohio High School Football Coaches Association Hall of Fame in 2003.

Those numbers impress his former players, but they have memories of their coach that go beyond wins and losses.

Nick Miller not only played for Lucas, but coached on his staff and said their association had a huge impact on his life.

“One of the reasons why I went into coaching is because of coach Lucas and coach (Gary) Salyer and (coach Dave) Owens,” said Miller.

“The kids at Coal Grove are lucky. In addition to a coach, he was a father figure to some kids who didn’t have a dad or a good relationship with their father. If you weren’t doing the right things at school, he sat you down and told you what you were doing. He was more than a football coach.”

Miller went on to play college football at Marshall and found major differences. College was business and coaches used language that left him somewhat shocked.

“I never heard him cuss one word. The coaches raised their voices, but all you might get is ‘good gravy!’” said Miller with a chuckle.

Joe Ross is a former All-Ohio running back for the Hornets who is currently a detective for the Ironton Police Department.

“He was a father figure to the kids who needed it,” said Ross.

“He had the respect of the players and coaches. He was a disciplinarian. I’ve got my memories and respect for Coach Lucas.”

In 2010, Lucas was putting his coaching staff together and asked Ross to be a part of the group.

“I was honored that he asked me. I appreciate him as a coach and a person,” said Ross.

Miller said Lucas mellowed some through the years, but the core was always there.

“He still has that caring for the kids. That’s never left him. I played a lot of football for a lot of different people, but he’s just a good man. I felt he always treated me like he would his son,” said Miller.

Although Lucas had a remarkable career, the remarkable became the indignant at the April 24 Coal Grove Board of Education meeting.

Jim Beals, school board member, made the motion to re-hire Lucas but the motion died for lack of a second.

Lucas was not retained as the head coach. His time, contributions and success were all in the past. The feeling was he’s no longer needed.