CLEVELAND (AP) — Carlos Carrasco kept the AL’s best hitting team in check for eight innings and the Cleveland Indians won their first home game against Detroit this season, beating the Tigers — without slugger Miguel Cabrera in the lineup — 8-2 on Wednesday.

Carrasco (9-6) carried a two-hit shutout into the seventh before giving up a two-run homer to J.D. Martinez. The right-hander allowed five hits and struck out seven.

The Indians came in 0-5 against the four-time defending AL Central champions in Cleveland this season and were just 5-20 at Progressive Field versus the Tigers since the start of 2013.

The Indians caught a break before the game even began as the Tigers rested Cabrera, who has destroyed Cleveland pitching with a .619 average (26 of 42) this season. Manager Brad Ausmus wanted to give his superstar a day to relax.

Without Cabrera in the middle of their lineup, the Tigers were missing their biggest bat and they never got going against Carrasco, who came in with a 6.93 ERA against Detroit.

Farmer was called up from Triple-A Toledo to start for Detroit in place of Justin Verlander, who was scratched with a stiff back. Farmer allowed five runs and eight hits in 5 1-3 innings.

After playing from behind against the Tigers all season, the Indians took a 3-0 lead in the third on Michael Brantley’s RBI single and Carlos Santana’s two-out, two-run double.

Farmer struck out five straight Cleveland hitters before Kipnis singled with one out in the third to extend his hitting streak at home to 28 straight games — the longest at home for an Indians player since Miguel Dilone in 1980.

Lindor reached on a broken-bat single before Brantley pulled a single to right. David Murphy singled and Santana followed with a shot to the gap in right-center, just his fourth hit in 27 at-bats during the eight-game homestand.

Lindor, who has shown he’s major league-ready defensively, connected for his first homer with one out in the fifth to make it 4-0.

Tigers: At this point, Detroit isn’t overly concerned about Verlander’s back, which tightened up on him during a start last weekend in New York. The 2011 AL MVP and Cy Young Award winner has made two starts this season since coming off the disabled list because of a triceps injury.

Indians: C Yan Gomes drove in two runs after missing three straight games with a stiff neck. He was itching to return, sending a text message to his manager at 1:30 a.m. “He declared himself ready to play,” Terry Francona said. “He said, ‘I’ve got to play.”’

Tigers: Alfredo Simon (7-4) starts as Detroit returns home to begin a four-game series — and nine-game homestand — against the White Sox, who will send LHP Carlos Rodon (3-1) to the mound.

Indians: Following an off day, Corey Kluber, who has received two or fewer runs of support in 11 of 15 starts, opens a three-game series in Baltimore against lefty Wei-Yin Chen. 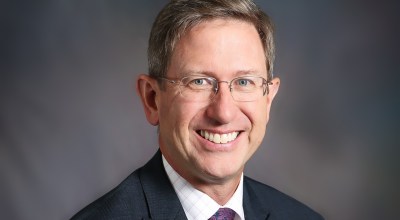