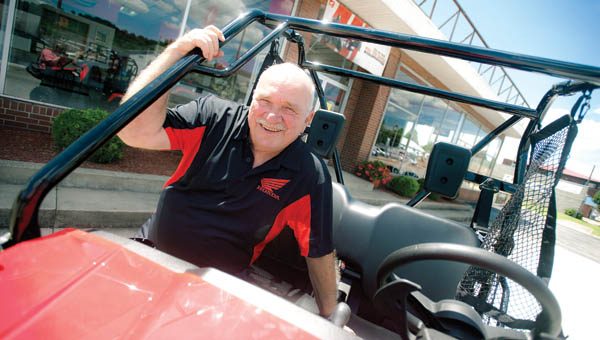 “I’ve been here all my life. Seventy-four years total,” Harmon said. “It’s the only place I’ve ever lived and I don’t want to live anywhere else.”

Frank Harmon’s uncle, Chris Harmon, bought out partners to start the original company in 1949 in its first location on Fourth Street. The business first sold Rickman motorcycles and then Triumph motorcycles before a full line of Honda motorcycles began in 1965. The business once sold Chryslers as well.

When Chris Hamon died in 1980, Frank took over as owner. Harmon Motor Sales has been in its Third Street location for 35 years.

“Technology has offered newer developments in the line,” Frank Harmon said. “But the Honda quality has stayed the same.”

CHESAPEAKE — In about two months the contractor should be chosen who will repave Big Branch Road or County Road... read more