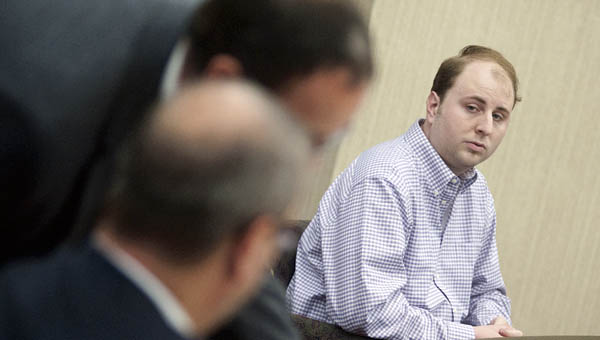 A trial set to begin Thursday in the case of a man who wrote a threatening online post against Ironton Elementary School was cancelled after his decision to plead guilty.

Lawrence County Prosecuting Attorney Brigham Anderson said he would recommend a sentence of four years and 11 months in prison.

The maximum sentence for a second-degree felony is eight years in prison.

“It’s a fair sentence based on the panic he induced,” Anderson said. “That’s not a funny threat.”

The school was closed due to the threat and all county schools went on lockdown and remained on lockdown for a week, Anderson said.

Parramore was arrested in Florida in September and extradited to Lawrence County following a post on an anonymous Internet forum that stated he was going to “shoot up” the elementary school.

According to Anderson, Parramore does not have any ties to Lawrence County and had only heard a family member mention the name of the school.