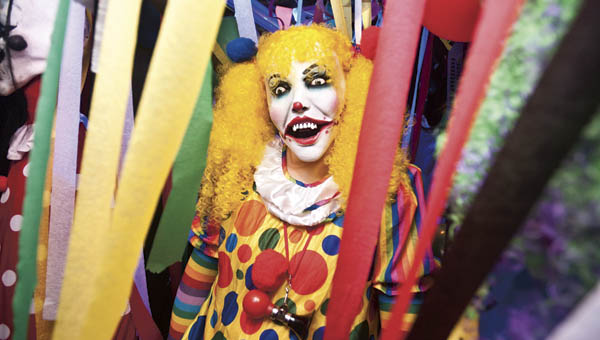 The Haunted Tunnel, put on by the Ironton Lions Club, will take place every weekend if October.

Beginning the first weekend in October, locals can go get their scares by visiting the Ironton Lions Club’s Haunted Tunnel.

“We have some new scares this year,” said Lou Pyles, Lions Club member. “We do have new scenes.”

The tunnel will be open 10 weekend nights during the month of October.

The Lions Club has been working on getting the tunnel ready for several weeks and has been tearing out old rooms in the tunnel and replacing them, said Pyles. “We do have a good time scaring people,” said Pyles.

While the tunnel offers scares, people of all ages come out for the experience, said Pyles.

“We really try hard to make it a good family-oriented thing for people,” she said. “It’s a little bit different than haunted houses.”

The tunnel was originally part of Old State Route 75 and had been closed for years before Ray Howard, a Lions Club member, worked to reopen it in the 1990s.

“It worked out well,” said Pyles.

Offering the Haunted Tunnel experience is a way for the Lions Club to raise funds for the club and community organizations to which the club donates.

“This is our only fundraiser,” said Pyles. “All the money collected their goes back to the community.”

The club provides scholarships to local schools, provides resources to food pantries and works to provide children with eyeglasses.

The Haunted Tunnel is open from 7 p.m.-11 p.m. on Fridays and Saturdays in October. The cost of admission is $5 per person.