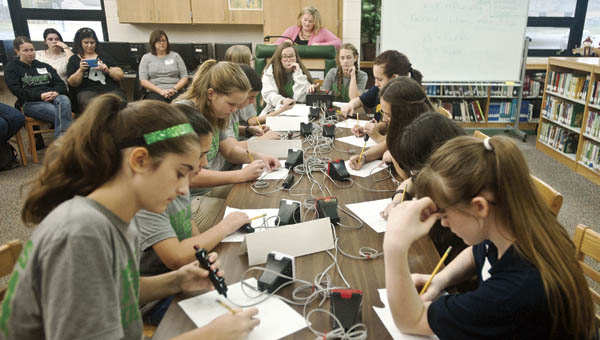 Students from South Point and Fairland Middle Schools took part in a quiz bowl challenge Wednesday in preparation for the county’s main quiz bowl in January.

ROME TOWNSHIP — Teams of students from South Point and Fairland middle schools faced off in a quiz bowl meet on Wednesday.

The students competed in a test of their knowledge of literature, math, history, geography, science and government from a list of questions, which were sealed before the game.

Speed serves as the Quiz Bowl Hero for the school and organized the event.

The teams competed in a lightning round, in which they buzzed in answers, as well as a group round in which they conferred to determine the answer to a question presented to them.

The event serves as a warm-up to a larger meet early next year. Teams from across the area will compete in a countywide event on Jan. 5 at Ohio University Southern in Proctorville.

If you have been to a high school sporting event in the last year or so, you may have noticed... read more