Commissioner pleads not guilty to charges 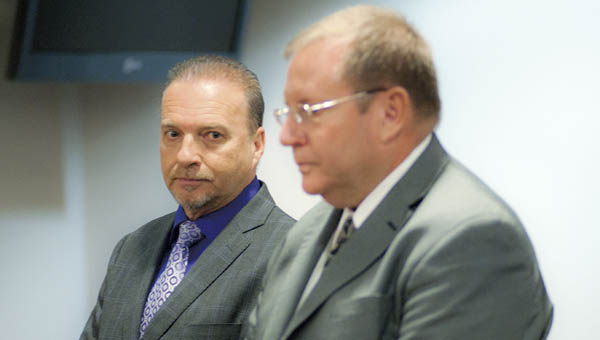 Lawrence County Commissioner Les Boggs and his attorney Scott Evans before the start of Ironton Municipal Court on Thursday.

On Nov. 4, Boggs allegedly got into an argument with a woman living at his residence at which point he allegedly grabbed the suspect’s arm, pushed her on the bed and attempted to choke her. The suspect said Boggs backhanded her in the face and threw her phone into a pond in front of the residence.

Schisler set bond at $5,000 for the domestic violence and $2,000 for criminal damaging.

A night of remembrance