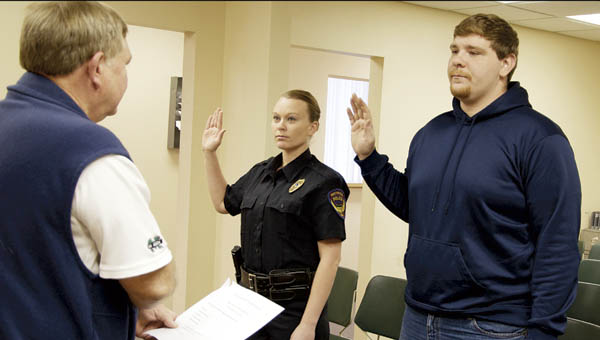 PROCTORVILLE — Two new officers were sworn in for duty with the Proctorville Police Department on Friday.

Amanda Webb and Bradley Spoljaric took the oath in the morning, administered by Mayor Richard Dunfee at village hall.

Webb will serve full-time, while Spoljaric will be on the auxiliary.

Murphy said the police department also received a new cruiser from Franklin County, who donated it to the village. Officers recently made the trip to Columbus to pick it up.

No exceptions on domestic violence

Ohio has many laws that deal with Domestic Violence, all of which are to protect people who are victims of... read more