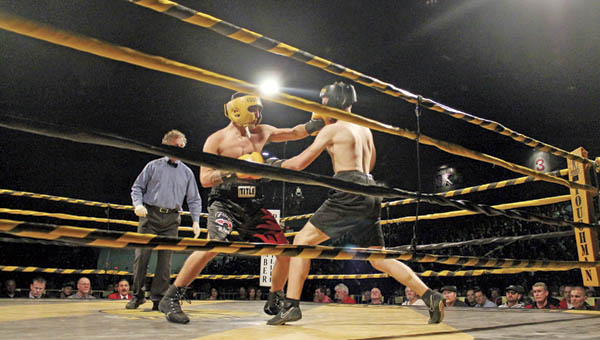 HUNTINGTON, W.Va. –– Several fighters from throughout Lawrence County fought in the 37th annual West Virginia Toughman Contest in Huntington this past weekend at Big Sandy Superstore Arena, including Ironton brothers Chris and Jeremy Akers, who each won their first round fights Friday night.

“It felt pretty good to win. It was fun,” Chris Akers said following his victory. “I fought in the Toughman last year, but other than that I just box for fun.”

Chris and Jeremy both said that other than “backyard” practicing growing up, neither has received formal training at a gym. They have, however, participated in Hooks for Books, a program that uses boxing to raise money for schools.

Collins can legally run for office

Will take leave of absence It’s official and it’s legal. The assistant director of the county welfare agency can run... read more